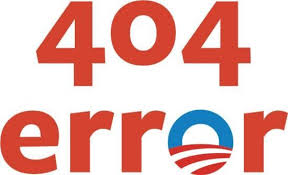 Issues associated with Obamacare just keep coming with no end in sight.

Yesterday the House Energy and Commerce Committee’s oversight and investigations subcommittee held a hearing to discuss the debacle that is the Obamacare exchange system.

The focus was to be on possible security issues on healthcare.gov and opened with Rep. Tim Murphy, R-Pa., declaring that the website “screams, ‘If you like my health care information, maybe you can steal it.’”

Henry Chao, deputy chief information officer of the Centers for Medicare and Medicaid Services, claimed there have been no successful breaches of HealthCare.gov:

“Security vulnerabilities have not necessarily been reported in terms of it being a security threat.”

He explained that the site suffered from accidental disclosure of personally identifiable information, but that issue has been addressed.

That statement is in contradiction with testimony from David Kennedy, head of computer security consulting firm TrustedSec LLC. Kennedy presented a 17-page report outlining the security vulnerabilities on HealthCare.gov to the House Science, Space and Technology Committee at a separate hearing today.

“There are actual, live vulnerabilities on the site now,” Kennedy told Reuters before the hearing, adding that user data is at “critical risk.”

The functionality (or lack thereof) of the healthcare exchanges were also discussed. According to a report the House Energy and Commerce Committee provided to The Washington Post, the Obama administration hired a private consulting group to independently assess the development of the federal online health insurance enrollment system. The report provides evidence that the Obama administration was warned – as early as late March – about problems with the website:

Analysis by McKinsey & Co. foreshadowed many of the problems that have dogged HealthCare.gov since its rollout, including the facts that the call-in centers would not work properly if the online system was malfunctioning and that insufficient testing would make it difficult to fix problems after the launch.

The analysis also showed that the federal government was relying too heavily on contractors to build the site, not allotting enough time to test the site, and did not have enough communication with the contractors on the project.

But perhaps the most shocking news of all came from Chao when Rep. Cory Gardner, R-Co., asked him what portion of the website remained to be created as of the October 1st launch:

You heard Chao correctly: he said 60-70% of the website still needs to be created.

“There’s the back office systems, the accounting systems, the payment systems … they still need to be done,” he said.

Perhaps even more disturbing is that Chao said the part that has yet to be built would be tested “in the exact same manner we tested everything else.”

Yes, because that testing worked so well.

It is possible that Chao was confused and meant that 60-70% of the website is complete and 30-40% remains to be built. Later in the hearing he flipped those numbers.

Tech experts say the current state of the website doesn’t make them optimistic about it being fully functional anytime soon:

“When I visited HealthCare.gov on October 1, that was the worst piece of software I’ve ever experienced in my life,” said Luke Chung, founder and CEO of the software company FMS. “It had nothing to do with too many users. It couldn’t serve one user.”

According to Sumit Nijhawan, CEO of Infogix, a data security firm working with private insurers, even if the White House can fix the problems associated with the site, they’re going to find new ones immediately. Nijhawan also warned that the systems that allow CMS and health insurance companies to exchange information are nowhere close to being ready, meaning tech problems could last years. (source)

Nijhawan’s firm is working to verify information submitted by users. He said that they’re receiving volumes of bad information.

Chung said the technical issues related to the website’s construction are the most frustrating:

“I have contended all along that this is not that difficult of a project,” he said. “It doesn’t provide health care, it doesn’t even provide insurance. It’s just a form to apply for a subsidy to get health insurance. It’s automating a paper form. It shouldn’t be that hard.”

“Technically, this is not that difficult,” Chung added. “It shouldn’t cost more than $10 million. And it should be something that can be done in a couple of months.”

Chung also said that even if the website was up and running by the end of the month, problems would still arise:

“If you discovered hundreds of bugs on the initial launch, there are hundreds more or multiples of that that haven’t been discovered yet.”

Nijhawan said that the exchanges that are supposed to allow insurance companies to share information with the federal government are not close to being ready. Without this information, Center for Medicare and Medicaid Services will not know who enrolled in the plans:

“As soon as these enrollment issues get ironed out either by December or March, you have other issues relating to the back end, where there’s a lot of reconciliation that needs to be done between health care and CMS,” Nijhawan said.

Meanwhile, public opposition to Obamacare has hit an all-time high, with 57 percent saying they oppose the law and 46% percent saying they are strongly against it.  63% disapprove of how Obama is handling the rollout.  His disapproval rating is now at 55% – the worst of his presidency.

The Washington Post reports that Obama’s ratings for three measures of leadership and empathy are at an all-time low:

Americans continue to experience policy cancellations, sticker shock, and frustration over all of the issues Obamacare has caused. Obama has announced “fixes” to his failing signature policy that are unconstitutional. Those fixes are sending the insurance industry into chaos.  No one knows what to expect from day to day.

Obamacare is, in a word, ridiculous.

At what point do we say enough is enough?  Isn’t it time for Obama to admit the ACA is a failure and let us go back to the system we had before, or perhaps move toward a free market system that provides more options for Americans to choose from?