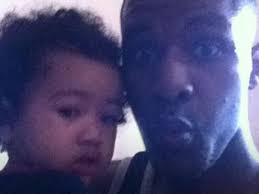 Merrick McKoy, 22, is a monster. In a disgusting display of unbelievable cruelty, McKoy posted an adorable picture of himself and his 19-month-old daughter Mia, just moments before he shot her in the head and killed her. He wrote ‘I told u I can’t live without u lol u thought I was joking now me n Mia out this b—-.’He then turned the gun on himself. Right now, he is alive, but he is in critical condition. What father would do this? A father who only cares about himself and seeking revenge on his ex-lover. McKoy is cold-blooded killer. And the worst kind of killer, a father mercilessly gunning down his own baby girl to spite her mother.

Merrick McKoy wanted to make the mother of his infant daughter suffer.  To take the life of another for one’s selfish desire is unjustifiable. There is no way to make this right. If anything, this is an indictment on America and social media. While social media can be a very useful tool, it is also reveals the worst about our sin-sick human nature. People desperately seek attention in any way, shape, or form. And in the most cruel irony, a young man takes “selfie” smiling with his infant daughter, and then viciously ends her life, before shooting himself. How does it get more sickening than this? It can’t, especially knowing this was all to get back at the baby’s mother.

Grieving family members tell 7NEWS a man took a picture of his baby on Monday, posted it on Facebook, then shot and killed the girl and then shot himself.

The mother of the baby called Westminster police about 9:35 a.m. and said when she woke up, her ex-boyfriend was standing over her with a handgun.

The mother, Kimphone “Kim” Phanthavongsa, 21, told police there was an altercation and she ran out of her apartment at 7030 Stuart St. She called police from a neighbor’s apartment, saying her ex-boyfriend, Merrick McKoy, 22, had a gun and he was inside her apartment with their child.

Westminster Police Investigator Wayne Read said when officers arrived, they heard gunshots. He said they found a child and an adult male with gunshot wounds.

And in that moment, 19-month-old Mia McKoy-Phanthavongsa was dead, shot in cold blood by her father. McKoy then turned the gun on himself. If he was going to commit suicide, why didn’t he just shoot himself instead of taking the life of his baby? This is unforgivable. Anyone who could willingly shoot their own child is the coldest of animals. This is no human being, no loving father.

“She just learned how to walk,” said a tearful Vannatda Sivixai. “What an angel. Whenever she smiled it was bright.“

Police said McKoy had an active restraining order prohibiting him from being at that apartment.

McKoy’s Facebook page shows a photo of the man and the girl posted just before the shooting. Two other posts, after the photo said, “Ima miss stall lol [sic]” and “Don’t judge me had no choice [sic].”

The Facebook messages posted right before the crime are haunting and horrific. And they show that Merrick McKoy was a man with a singular mission: to kill his baby girl and then shoot himself. And all because of his anger toward the baby’s mother. Don’t judge him? He had a choice, and he chose the most cruel punishment for everyone involved. Except himself. McKoy only cared about himself, and he will surely pay for this crime. Whether he lives or not. Baby killers aren’t popular anywhere.

A neighbor who lives in the same complex said McKoy was apparently angry that Kim broke up with him.

She said Kim told her that McKoy threatened her.

“He would just say that he wanted to be with her and if he can’t be with her, nobody can be with her,” the neighbor said. “I’m shocked. It’s hard to believe that someone you know would do something like that.”

McKoy had been charged with trespassing, harassment, and burglary in September. But to resort to murdering your own child is mind-blowing. To take her life to get back at her mother shows a complete disregard for life. McKoy is a psychopath and if his prior behavior demonstrated that he was a man ready to explode. But no one could have imagined this would happen.

Police spoke to McCoy’s brother, who drove to the scene Monday afternoon.  The brother declined to comment about the situation.

The girl’s grandmother broke down after learning about the shooting, and again when she learned that Mia did not survive.

Merrick McKoy did the most selfish thing imaginable. In taking the life of his baby, he cheated everyone out of seeing the child grow up. He took a baby from her mother in the most senseless and brutal way possible. And he also will force people who are innocent to feel forever guilt for not doing something to stop this. Like anyone can stop a monster. The only monster here is Merrick McKoy.