I had a website brought to my attention earlier this week and it was very alarming.  While I do not feel that this could get any momentum at the Federal level, I do believe it could get momentum in liberal controlled states.  If that is the case it could turn this country upside down in my opinion.  The website:  http://www.trayvonsamendment.com/  is rather disturbing to me and likely to any legal gun owner in this country.  On the website, they not only glorify a hoodlum but they are attacking the second amendment.  One part of the website is calling for an amendment to our Constitution that would not only repeal the 2nd Amendment but in many cases make criminals out of most gun owners.  Here is the meat of the proposal:

“The 12 provisions below will work to make America a more safe place by eliminating the obviously failed experiment that is the second amendment.

Now, I don’t know about anyone reading this but I know it sent chills down my spine.  Another part of this wonderful (sarcasm) website is the Trayvons List http://www.trayvonsamendment.com/uncategorized/coming-soon-trayvons-list-gun-owner-registry/.  Not only is this another insane proposition but one that I could see needs to be fought by everyone not just law abiding gun owners.  This is what they have posted:

“In the coming days, we’ll be launching a user-submitted searchable database of gun owners in America.

This database will serve to a similar purpose as the Megan’s Law sex offender database.  While not all gun owners in America are criminals, a portion of them are.  This list will offer families the knowledge that a potential murderer, such as George Zimmerman (who was a “law abiding gun owner”) is living near where their children play, so that they may make the most informed decisions as to where their owners live.

Upon launch, we urge all viewers to immediately begin submitting names and photos of your neighbors who may own firearms, legally or otherwise.  It could save your family’s lives.”

Now after rereading this and letting it sink in, I think everyone should be concerned about how dangerous these two things could be to our way of life and the freedoms we have in this country.  People need to contact this website, comment on the posts, and share everything listed in here with friends and family to help protect them from this blatant invasion of privacy.  We need to stop this kind of nonsense before it ever has the ability to gain momentum.

I am currently looking for opportunities to further my career in the business world. I am an entrepreneur, lifelong student, USMC veteran. I have experience in IT Consulting, Construction (residential and commercial). start-up companies and small businesses. I have been involved with many non-profit organizations in Findlay, Ohio and served in capacities from general member, officer and Board Member.  I have a passion for capitalism, education, business, firearms, hunting and many other areas.  I can be found on Facebook at:  https://www.facebook.com/jkwagnerblog 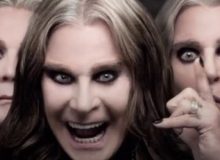 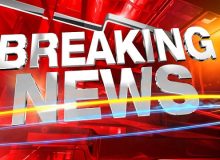