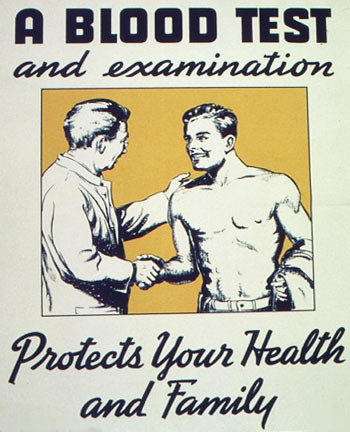 Drivers were randomly stopped Tuesday at a police roadblock in Fort Worth, Texas, herded into a parking lot and asked to take DNA tests — to give blood samples, have their cheeks swabbed, and take Breathalyzer tests.

According to the local Dallas Forth Worth NBC affiliate, The National Highway Traffic Safety Administration set the whole thing up with government contractors who used off-duty Forth Worth Police Officers to help facilitate an $8 million government research study “aimed at determining the number of drunken or drug-impaired drivers”.

Although the set up was supposedly voluntary and anonymous, people who were driving on that Fort Worth road told NBC it didn’t feel voluntary at all.

“It just doesn’t seem right that you can be forced off the road when you’re not doing anything wrong,” said Kim Cope, who said she was on her lunch break when she was forced to pull over at the roadblock on Beach Street in North Fort Worth.

“I gestured to the guy in front that I just wanted to go straight, but he wouldn’t let me and forced me into a parking spot,” she said.

Once parked, she couldn’t believe what she was asked next. “They were asking for cheek swabs,” she said. “They would give $10 for that. Also, if you let them take your blood, they would pay you $50 for that.” At the very least, she said, they wanted to test her breath for alcohol.

She said she felt trapped. “I finally did the Breathalyzer test just because I thought that would be the easiest way to leave,” she said, adding she received no money.

This government “study” will take place over the next three years in 30 U.S. cities across the nation.

“You can’t just be pulled over randomly or for no reason,” said attorney Frank Colosi.

He also noted the fine print on a form given to drivers informs them their breath was tested by “passive alcohol sensor readings before the consent process has been completed.”

“They’re essentially lying to you when they say it’s completely voluntary, because they’re testing you at that moment,” Colosi said. [emphasis added]

Although the stops were also supposedly anonymous, there was no mention of what happens when a person who takes one of these tests comes up positive for drugs or alcohol, or what, if any, legal action is taken against them.

Colosi also mentioned the obvious, that the study design is totally flawed at its core anyway because most people who are under the influence would simply be more inclined not to participate — ultimately skewing the study’s results (that is, if the majority of people even realize they can opt out, considering they are apparently being forced off the road by use of an official police roadblock).

However, the bigger problem here is an obvious one: by performing this government “study” under what appears to be an official law enforcement guise, most people will feel compelled to participate, giving up copious amounts of their personal information (and bodily fluids) to fill our government’s ever-expanding police state databases.