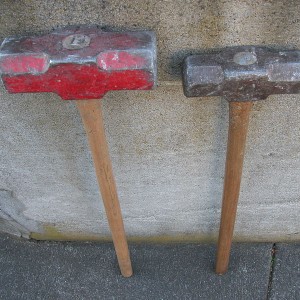 There is a war on compassion in America today.  You are about to read about a Hawaii lawmaker that has used a sledgehammer to smash up at least 30 shopping carts that homeless people were using.  Yes, you read that correctly.  He is actually carrying a sledgehammer around so that he can destroy the belongings of homeless people.  He claims that it is his intention “to do something practical that will really clean up the streets”.  But as crazy as that sounds, the truth is that he is not alone.  As you will read about below, there are dozens of major cities all over the country where feeding the homeless has been banned.  In many of these instances, public officials are very open about the fact that the goal is to make their cities “cleaner” and “safer” places to live.  They simply do not want the homeless around.  In fact, there are some cities such as San Diego and San Francisco where social workers are actually giving homeless people one-way bus tickets out of town.  If you doubt this, just keep reading.  The United States is becoming a very cold, heartless place, and homeless people are increasingly being treated like human garbage in this country.  So how bad will the treatment of the homeless become when the economy gets really bad?

When I first heard about a state representative out in Hawaii that was using a sledgehammer to go after homeless people, I could hardly believe it.  But it is actually true.  The following is a short excerpt from an RT article that was published earlier this week…

In the past two weeks residents in Hawaii noticed what appeared to be a crazed individual carrying a sledgehammer through the streets of Honolulu, a state lawmaker looking to rid the city of homeless people by targeting their belongings.

State Representative Tom Brower (D) is currently dedicated to dealing out his own personal brand of “justice” by seeking out homeless people and destroying their possessions. Brower estimates that he has used the sledgehammer to smash at least 30 shopping carts, rendering them useless by bashing in the front wheels.

“I got tired of telling people I’m trying to pass laws. I want to do something practical that will really clean up the streets,” he told Hawaii News Now. “I find abandoned junk, specifically shopping carts, and I remove them.”

How cold and heartless can one person possibly be?

The truth is that almost all of us are just a few bad breaks from being out on the street.

Hasn’t he ever needed a helping hand at some point in his life?

Unfortunately, government control freaks are cracking down on those that are trying to provide that “helping hand” all over the nation.  For example, one Christian ministry in Harrisburg, Pennsylvania has recently been threatened with jail time for feeding the homeless…

Every week for more than five years, staff and volunteers associated with Isaiah 61 Ministries have provided meals, toiletries, clothing and other forms of assistance to the homeless men and women of Harrisburg, as well as to the poor and elderly. Because of the recent threats made by the Dauphin County commission, Isaiah 61 Ministries and several other ministries engaged in similar religious exercises throughout the rest of the week have been unable to serve those most in need of help at this time of year.

And in a previous article I wrote about an organization called Love Wins Ministries that made national headlines when police in Raleigh, North Carolina threatened to arrest them if they continued to distribute sausage biscuits and coffee to homeless people living in the heart of the city.  The following is from a first-hand account from someone who actually witnessed the police threats…

On the morning of Saturday, August, 24, Love Wins showed up at Moore Square at 9:00 a.m., just like we have done virtually every Saturday and Sunday for the last six years. We provide, without cost or obligation, hot coffee and a breakfast sandwich to anyone who wants one. We keep this promise to our community in cooperation with five different, large suburban churches that help us with manpower and funding.

On that morning three officers from Raleigh Police Department prevented us from doing our work, for the first time ever. An officer said, quite bluntly, that if we attempted to distribute food, we would be arrested.

Our partnering church brought 100 sausage biscuits and large amounts of coffee. We asked the officers for permission to disperse the biscuits to the over 70 people who had lined up, waiting to eat. They said no. I had to face those who were waiting and tell them that I could not feed them, or I would be arrested.

Sadly, these are not isolated incidents.  This kind of thing is happening all over the nation.

In fact, according to USA Today more than 50 other cities have passed laws against feeding the homeless…

Atlanta, Phoenix, San Diego, Los Angeles, Miami, Oklahoma City and more than 50 other cities have previously adopted some kind of anti-camping or anti-food-sharing laws, according to the National Law Center on Homelessness & Poverty.

And as I mentioned at the top of this article, some major cities are so disgusted by the homeless that they are actually giving them one-way bus tickets to other cities…

When her Greyhound bus pulled into town 6 months ago, Maria Castillo got off with two bags and dream.

Castillo had been homeless in San Diego when a social worker offered her a one-way bus ticket to Portland.

“They said come here because all the opportunities in Portland, Oregon,” she said.

When I saw that San Francisco was doing this, I just had to chuckle.  San Francisco holds itself out as a “progressive” city that is a “model” for the rest of the nation to follow, and yet they are so disgusted by homeless people that they are giving them one-way tickets up to Portland.

And this crisis is only going to get even worse in the years ahead.  I write frequently about how the level of poverty in this country is growing very rapidly.  If you doubt this, please see my previous article entitled “29 Incredible Facts Which Prove That Poverty In America Is Absolutely Exploding“.

Right now, there are 1.2 million public school students in America that are homeless.  That is a new all-time record, and that number has grown by 72 percent since the start of the last recession.

There are so many people out there that are deeply hurting right now, but the control freaks that are running things don’t want us to help our neighbors.

The control freaks that are running things just want the homeless to go away so that their cities can be shiny and clean and pleasant for visitors that actually have money.

Well, I don’t care what those control freaks say.  If I see someone that needs food or water, I am going to help that person out no matter what the “regulations” say.

And all of the cities that are banning feeding the homeless are literally cursing themselves.  As a society, we will be judged on how we treat our most vulnerable members, and right now America is failing badly in this regard on a whole host of fronts.

The United States is steadily becoming a very cold-hearted place.  Do not let that happen to you personally.  Please remember to do what you can to love your less fortunate neighbors this winter.

Our society is literally starting to come apart at the seams right in front of our eyes.

In this kind of an environment, we are going to need a whole lot more love and compassion than we are seeing right now.