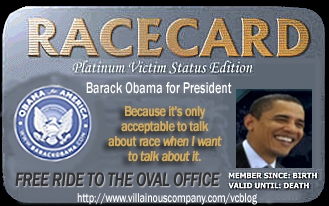 Government can not thrive and grow when people get along. They must keep us divided. How do they do that? By teaching our children at a very young age to hate each other.

I never thought, over the course of my lifetime, that I would see racism and extremist views go from being on life support to again growing like an uncontrollable virus. This is how they do it. It starts with “common core.”

Fourth grade students in Dupo, Illinois assigned to reading a Common Core approved biography of President Barack Obama are being told that all white voters were unlikely to vote for a black president due to racism.

What purpose does it serve to make a statement that is not at all true? I will not dispute that a black presidential candidate would have had zero chance in the 1950’s but today this is not even relevant. The purpose of statements like those are plain and simple racial division or “race baiting.”

Again, why do the elite want racial division? Because when people remain divided it keeps the elite in power. We spend more time fighting amongst ourselves and less time paying attention to what they are doing to advance their own greed and power-driven agendas.

Somehow people keep forgetting that Barack Obama is half white. I could push some racial buttons here myself but we need to be careful not to do that.

No it would not. There are a good number of bigots on both sides but about 90% of blacks tend to vote democrat in most elections. If you compare the Obama/Romney numbers to the Bush/Dukakis numbers of 20 years prior they are almost identical.

In 1992 white voters favored Bush over Dukakis by a ratio of 60-40. That is very similar to the 59-39 ratio enjoyed by Romney in 2012. The only problem is that Dukakis is not African-American. 20 years later we see roughly the same result.

Let’s stop going there people. Every time we fire back we are just giving the elite what they want. We need to bring these things to light and call them what they are, but we don’t need to belittle people because of the color of their skin.

The thickness of their skull is fair game however.

I don’t know but if homeschooling or private schooling are options for your children and grandchildren then I would certainly take one of those options. It’s not just the life lessons that kids are being taught. The education they receive is not usually up to par either.