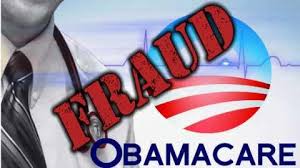 A week and a half ago, Project Veritas released video evidence of Obamacare navigators suggesting the use of fraud and deception to people enrolling in healthcare plans.

In the video, Tarango admits this type of thing has happened in the past.

Fox DFW interviewed Lawrence Jones, the actor who posed as a representative of a Democratic political action committee:

Jones asked to buy a list of people’s personal information collected by Enroll America during events to sign people up for health insurance under the Affordable Care Act.

Enroll America is a non-profit and tax-exempt and cannot be involved in partisan politics. But that didn’t stop Tarango from discussing the possibility of a deal. He seemed reluctant at first and said he can’t access the list. But then he suggested running it by a higher up:

“I know him well enough that, to feel like if we had a few beers, this would not be the craziest conversation that he’s ever heard,” says Tarango.

“I’m the kind of person that has my hand in all the different pies,” he says.

As it turns out, Tarango helped get President Obama elected:

Here’s why this is significant:

Enroll America is a a Sebelius-linked group. It is dedicated to signing people up for Obamacare and is suspected of conspiring to release private data to help political action committees.

Sebelius’ relationship with Enroll America is under investigation by a government ethics audit and Cause of Action has questioned Enroll America’s tax-exempt status, asking the attorney general of Texas to further investigate this matter.

Here is the full video from Project Veritas:

Jones said he hopes viewers consider this: “The bigger question the American people should be asking is, how long have they been getting away with this?”