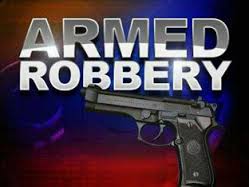 A 70-year-old Indianapolis woman was attacked by an armed man who demanded her purse – and she fought back.

Wanda Pierce was waiting in her car in her son’s driveway when someone opened her car door.

She thought it was her son, but it was someone else.

She explained the ordeal to WTHR:

“As soon as I turned my head, there we were, face to face.”

Pierce said the man pointed a gun at her and reached for her purse. The great-grandmother said she knows that in situations like this fighting back isn’t recommended, but she took a different approach:

“For some particular reason, instinct told me at the same time, that’s mine. I work for what I get.  You’re just a young punk running around out here doing things you ought not do and you’re not getting my purse,” Pierce said she was thinking at the time.

The man told Pierce, “Lady give me the purse or I’m going to shoot you.” She said she responded “No, you won’t,” and put up a fight. The man pistol-whipped Pierce:

“He hit me in the head and I knew it was bleeding, but I still held on and then I called him a nasty name which I shall not say here.  I continued to hold onto the purse and he hit me here,” she added pointing to her right wrist.

“And something else hit me that said, ‘let go’ and I let go,” Pierce remembered.

She said she is more upset about the attack than getting her purse stolen. If the suspect is captured, she has something to tell him:

“I hope that wherever you’re going, somebody beats the living tar out of you because you deserve it.”

If she had to do it over, Pierce said she would handle it differently:

“I’d give it up in a heart beat. I’d say, ‘Here. Take it and just go away.’ I was bound and determined to keep what was mine. Didn’t work. I only got hurt, but that’s all right. At least I gave ‘em a fight. I don’t think he quite expected that either.”

Pierce joins the ranks of other senior citizens who are fighting back against crime. A few days ago, a 92-year-old woman kicked an intruder in the face when he tried to rob her. Last summer, a 72-year-old woman shot at a man who broke into her home. And last June, a 65-year-old woman organized a neighborhood watch she calls the “Glock Block.”