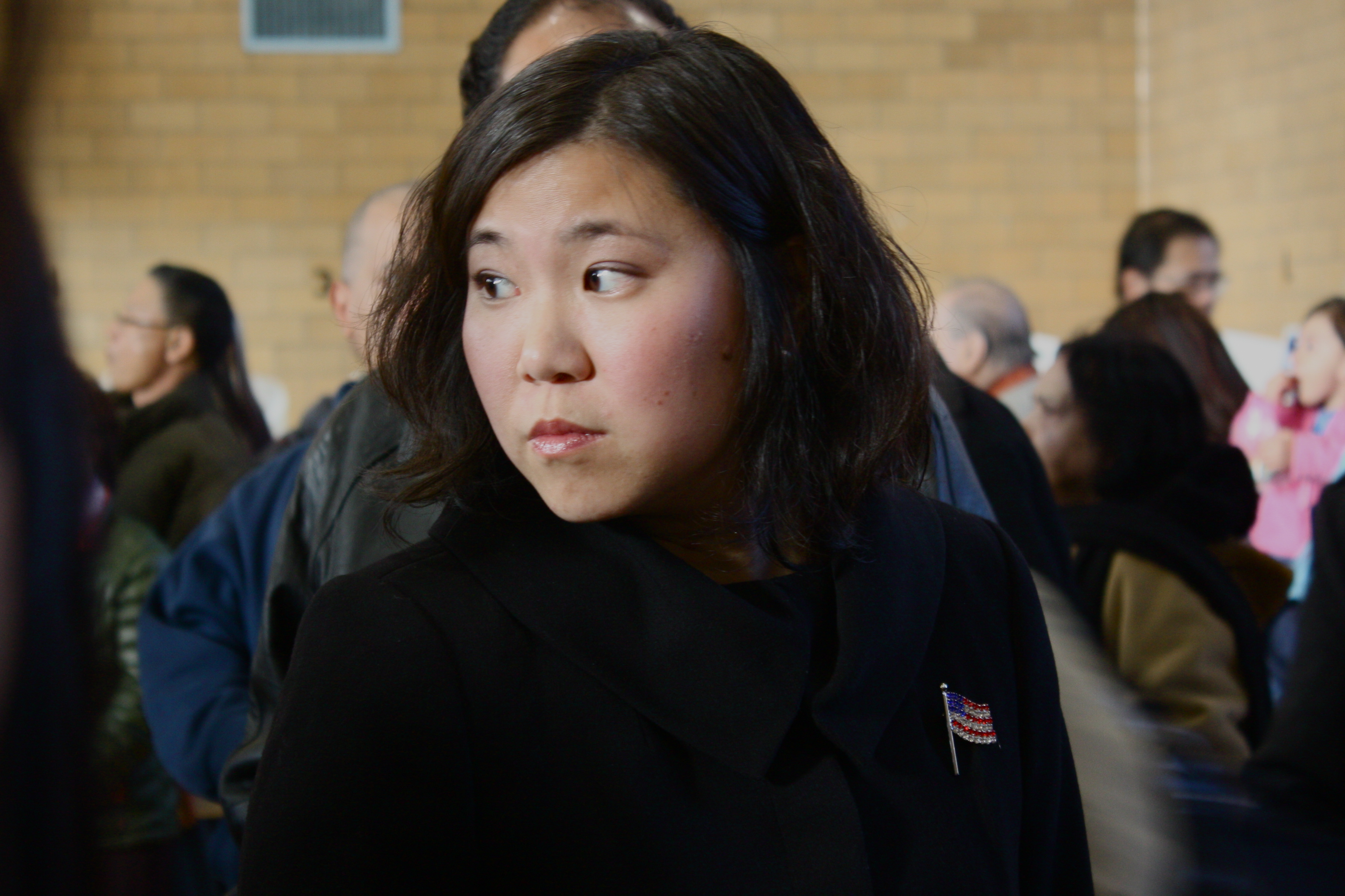 Representative Grace Meng (D-NY) appears to have been a victim of the “knockout” game is spreading across the country. In this game, young blacks try to knock out unsuspecting persons with a sucker punch. In New York City, the targets have been predominately Jewish. Also called “Get the Jew” it is wreaking havoc in Brooklyn. One 12-year-old Jewish boy was attacked last week, and a 78-year-old Jewish woman was attacked on November 10th. There have been many more reports, but with Rep. Grace Meng being a victim of this outrageous crime on Tuesday, this deadly black mob “game” has to gain nationwide attention.

Grace Meng was walking home from dinner on Capitol Hill on Tuesday night when she was knocked unconscious and robbed.

Meng told Washington, D.C.’s ABC affiliate WJLA that she “got hit from behind” on her head while walking home from dinner on Tuesday night and “landed in my front.”

“After I hit the ground, there is a period of time where I don’t really remember what happened,” Meng said.

She is fortunate to have survived the incident, which has proved deadly recently. On September 1oth, New Jersey homeless man Ralph Erik Santiago, 46, was killed during such an attack. He was struck in the back of the neck and died. The teenage thugs who hit him had broken his neck. There was no saving him. But like black mob violence, it is under-reported due to the “racial” element. But this week, Fox news has done a series of reports about such incidents. Seven deaths have been attributed to this sick game. People are getting fed up with out of control black violence, that is clearly racially motivated.

Grace Meng was found disoriented, had little recollection of the attack, and could not describe the assailants. WJLA reported that Meng’s Gucci handbag was found less than a block away at a metro station. The New York Daily News reported that the attackers did not take a tote that contained her cell phone and credit cards.

The knockout game typically involves victims who are smaller in stature being attacked from behind. The victims are not necessarily robbed after the attack.

“I didn’t see anyone coming,” she told the Daily News. “I just got hit on the head.”

“Next thing I remember, after I was hit, was being in the ambulance and Capitol Police and (D.C. police) were helping,” she continued.

What cowards would do this to people, attacking them from behind? This is obscenely cruel. To hit a random stranger for no reason, and also to hit someone who is smaller in stature and vulnerable, is psychotic. People can die from a hit that occurs in just the right place, as in the case of Mr. Santiago. And especially people on certain medications, those who are ill, or young are susceptible to being paralyzed or killed. And also given the facts that Jews are being specifically targeted in New York, white people, and other minorities, as in the case of Ms. Meng, this ‘game” takes on a new meaning. This is direct targeting, with the intent to severely injure, maim, and kill victims. This is definition of hatred and callousness.

Meng said she was a New Yorker and thus a “tough girl,” so she did not think much of walking home alone on Tuesday night after having dinner with a friend. Meng said her “knee is bloodied” and the “back of her head is still sore.” She said she was “so glad nothing happened for the sake of [my] kids and family.” Meng is married with two children.

An Eastern Market resident told WJLA that she was “afraid it’s that attack-from-the-back situation,” referring to the “knockout game.”

This is terrifying. If three woman, including Meng, were all attacked within a week, everyone should be afraid. How can anyone prevent being sucker punched, and in these cases, hit from behind? There is no way to protect oneself. These attacks are blindsiding. And before you realize what just happened, you’re knocked out cold or dead. This culture of death and brutality is sickening. Why anyone, from whatever background, would try to “take out” an unsuspecting and innocent person is beyond comprehension. The mainstream media has to wake up to the fact that blacks are perpetrating these crimes and inflicting pain on Jews, whites, hispanics, and women, and at random. This is not racism, but fact. Accountability is color blind.