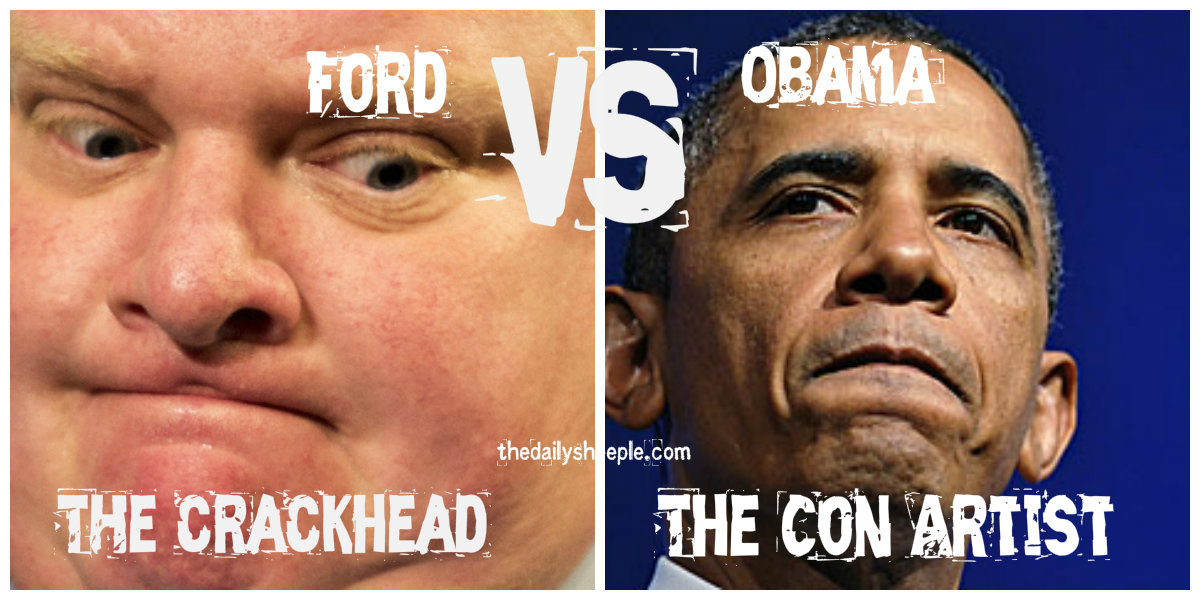 The escapades of Rob Ford have been front page news over the past few months, as Torontonians bow their heads in embarrassment over the mayor of the city. He has admitted to smoking crack, referred to his own “drunken stupors”, and most recently plowed over a female councillor at a meeting.

He has publically used explicit slang for oral sex, admitted to purchasing illegal drugs, and threatened to kill people, on the air.

Despite all of these undignified and often blatantly criminal antics, his approval rating is still higher than that of our esteemed president, Barack Obama, con artist extraordinaire.

The humbling comparison comes after our Fearless Leader’s humiliating healthcare debacle and numerous other scandals. Obama’s dishonesty has come home to roost.

Rob Ford, the embattled mayor of Toronto, notoriously known for his crack-smoking “drunken stupors” and murder threats, has managed to get a 42 percent approval rating from Toronto voters beating Obama’s rating of 40 percent.

Amid the continuing Obamacare disaster, the US President’s approval rating has fallen to 41 percent.

Obama … is looking at declining popularity, after an incredibly costly website for his much trumpeted health insurance reform has proved to be effectively unusable because of technical glitches and security holes.

While only 40 percent of Americans said they approved of the President’s performance, 53 percent disapproved, according to the latest Gallup figures, based on a three-day rolling average. (source)