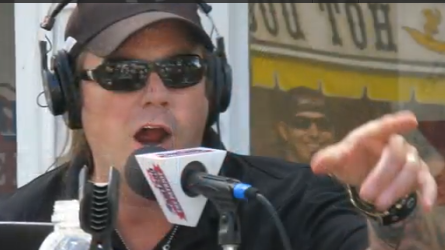 “No man is above the law and no man is below it; nor do we ask any man’s permission when we ask him to obey it. Obedience to the law is demanded as a right; not asked as a favor.”

It has also been said that the truth (law) is the first casualty in war.

Of course it is! The truth (law) is the great stumbling block to those who do not want to be ruled by law. The whole purpose of government is to ensure our rights, not to steal them away.

If the American people understood that it is not the right of the government to break the law, and that our rights come from God, not the generosity of the state, then America would not be in the state it is today. I also remind you that no representative has the authority to tear down the Constitution and rebuild it in his/her own image.

The biblical view vs. the pagan view

Let’s get to our foundation so we can see what the problem in America is today.

In the biblical view of government:

America, simply put, is ruled by law (republic), not opinion (democracy). This is the difference between following God’s Ten Commandments verse man’s 10,000.

On the contrary, in a godless, pagan view of government:

America was founded on the biblical view, but the pagan view is in operation today.

Shortly after Barack Hussein Obama’s inauguration, it seemed everything did change, but it wasn’t the change that was promised.

There is no doubt that America is under attack. I have noticed that almost every circle of life in America has a deep concern about where this administration is attempting to take our country.

While I do agree that things must change, it must not change to the new, but rather to the old (Jeremiah 6:16) – and not to what some want us to become, but rather back to what our forefathers intended. As you know, the problems we have today did not start in America in 1776. They started when we departed from the principles that have been given unto us.

Holding government down by the chains of our Constitution is our duty, and it is the responsibility of the people to hold them accountable to their oath. If I did not love my government, my country, and my people, I wouldn’t say a thing about the errors that are so prevalent. It is love to correct (2 Timothy 3:16).

Likewise, I am not going to dishonor the veterans and their sacrifice by honoring those in office who are disrespecting their appointed position. The veterans honored their oath, and so should those who serve “We the People.” I respect government so much that I want them honoring those who died to give it. This is real honor (Romans 13:4). Every individual who desires to save the country will stand behind these statements.

“The fundamental basis of this nation’s laws was given to Moses on the Mount. The fundamental basis of our Bill of Rights comes from the teaching we get from Exodus and St. Matthew, from Isaiah and St. Paul. I don’t think we emphasize that enough these days. If we don’t have a proper fundamental moral background, we will finally end up with a totalitarian government which does not believe in rights for anybody except the state.” –Harry Truman

Our representatives have sworn to uphold the Constitution with their hands placed upon the Bible, and this shows us all who we are all ruled by. No man is above the law, for man did not give it!

The video below shows the hypocrisy of those who talk about the problems rather than magnifying the Constitution in which they swore to uphold: