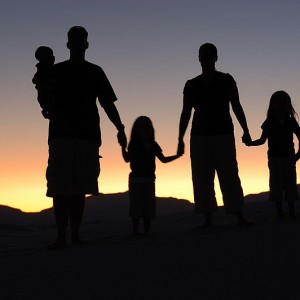 Are you deeply concerned about the future of America?  Is something in your gut telling you that our system is fundamentally broken and that the mainstream media is not telling you the truth about what is happening?  If so, you are definitely not alone.  Right now, there are millions upon millions of Americans that are absolutely horrified as they watch this nation deteriorate.  In fact, according to an analysis of recent polling data conducted by Real Clear Politics, approximately 68 percent of all Americans believe that the country is on the wrong track and only 23.5 percent of all Americans believe that the country is on the right track.  And of course our problems did not appear just recently.  In fact, many of them are the result of decades of very foolish decisions and they are not going to be fixed easily.  Unfortunately, there is very little consensus among Americans about how to fix any of our problems.  There is more anger, frustration, hatred and division in the United States today than there has been in decades, and there is very little hope that the great storms that are looming on the horizon will be averted.  Those that are wise are preparing for what is coming.  Those that are not are going to be absolutely blindsided by what is rapidly approaching.

Once upon a time, America was the wealthiest nation on the entire globe by a huge margin and it had the largest and most thriving middle class the world had ever seen.  But now America is drowning in the biggest ocean of red ink in the history of the planet and the middle class is being systematically destroyed.

If you read my articles on a regular basis, you already know all of this.  But now there are certain factors that are going to cause the problems of the middle class to greatly accelerate.

For instance, just consider what Obamacare is going to do to millions of American families.

The Foundry recently posted a story that detailed the extreme hardship that Obamacare is going to impose on one middle class family in Sonora, California.  This particular family is very healthy and does not have a history of health problems.  Up until now, they have had a health insurance policy with Anthem Blue Cross Insurance that they have been very happy with.

Now, this family has just received a letter informing them that their current plan is being canceled and that if they want a new plan it is going to cost them $1,252 a month.

Needless to say, that news did not go over very well with that family.

Can you come up with an extra $753 a month for health insurance?

Well, Kate Joy and her husband sat down and started trying to figure out how they could squeeze the new health insurance policy into their budget.  It turned out that they would have to cut out a lot of things.  The following is a list of the proposed cuts that they have come up with so far…

If they make all of those cuts, it will save the family $791 a month.

Understandably, that family is having a very hard time feeling optimistic about the future right now.  In fact, at the end of the article Kate Joy is quoted as saying the following…

“I fear for what’s coming.”

And of course her family is not the only one that is being absolutely hammered by Obamacare.

And a different study found that health insurance premiums for healthy 30-year-old men are going to go up by an average of 260 percent under Obamacare.

All of this is going to suck a tremendous amount of “discretionary income” out of the economy.

In addition, millions upon millions of Americans are going to make the choice to go without health insurance altogether.  And considering the level of care that we get in many of these hospitals that is understandable.  For example, the body of 57-year-old Lynne Spalding was recently discovered in a stairwell at San Francisco General Hospital 17 days after she had disappeared from her hospital room.

Those that provide our “health care” don’t care about us as much as they did in the old days.  Instead, the health care industry just wants to get as much money out of us as rapidly as they can and then move on to the next victim.

And of course health care is not the only thing that middle class families have to be concerned about these days.  Our national employment crisis is getting even worse, incomes are shrinking, and Obama is pushing Congress to approve a secret treaty that will ship millions more of our jobs out of the country.

And there are certainly a lot of troubling economic signs as we head toward 2014.  Just consider the following examples…

-Pending home sales in the United States have fallen for five months in a row.

-Machinery giant Caterpillar is reporting negative retail sales growth in every region on the globe.  Historically, the sales growth of Caterpillar has been one of the most important indications of where the economy is headed next.

-Major banks are warning the Federal Reserve that they may have to start charging depositors a fee.  In other words, you may soon have to pay for the “privilege” of putting your money in the bank.

Of course this is just the beginning.  Things are going to get much, much worse in the years ahead as our economy continues to deteriorate.

And as things continue to fall apart, people are going to become a lot more desperate.  To get an idea of what is coming to America, just look at what is happening in Greece.  Some poor people in Greece have become so desperate that they are literally infecting themselves with HIV just so that they can get monthly government payments…

Suicides rose by 17% between 2007 and 2009 and to 25% in 2010, according to unofficial 2010 data (398).The Minister of Health reported a further 40% rise in the first half of 2011 compared with the same period in 2010. Suicide attempts have also increased, particularly among people reporting economic distress (610). Homicide and theft rates have doubled. HIV rates and heroin use have risen significantly, with about half of new HIV infections being self-inflicted to enable people to receive benefits of €700 per month and faster admission on to drug-substitution programmes. Prostitution has also risen, probably as a response to economic hardship. Health care access has declined as hospital budgets have been cut by about 40% (398) and it is estimated that 26 000 public health workers (9100 doctors) will lose their jobs (611). Further cuts are expected as a result of recent negotiations with the IMF and European Central Bank.

If you doubt this, you can find the original report with these findings right here.

A lot of people accuse me of being a “doom and gloomer” for writing articles like this.

A lot of people accuse me of trying to spread worry and fear.

But I do not see it that way at all.

I was recently asked what the number one issue is that has me so worried that it keeps me up at night.

Do you know what my answer was?

Nothing that I write about keeps me up at night.

I am not worried about what is coming and I do not believe in giving in to fear.

Do you want to know who is going to be totally giving in to worry, fear and despair in the years ahead?

The people that are not getting prepared right now.

Do you want to know who is going to be jumping off the top of tall buildings in the years ahead?

The people that are laughing at articles like this one.

For most adults in America, they primarily define their lives by their jobs, their material possessions and by all of the toys that they have accumulated.  When those things get taken away, we are going to see a national hissy fit that is absolutely unprecedented.

The Republicans are not going to save us from the storm that is coming and neither are the Democrats.

That is why I am urging people to get prepared on an individual basis, a family basis and a community basis.

If you prepare yourself and your family now, you will have a much better chance of surviving the coming storm.  And you will be in much better position to help those that will need your assistance.

If you think back throughout history, most of those that we consider to be the greatest “heroes” emerged during times of great crisis.

Well, another time of great crisis is coming, and this will be a tremendous opportunity for a new generation of heroes to arise.

So do not cower in fear because of what is coming.  Rather, use this time to get prepared for the greatest challenges and the greatest opportunities that you have ever known.

When things are the darkest, that is when the light is needed the most.

Choose to be a light.  America will soon need you greatly.