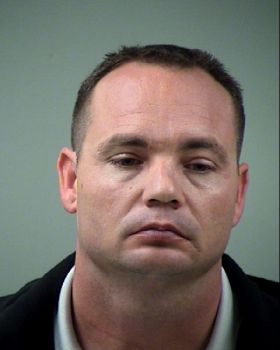 When a cop has a history of sexual misconduct, one would think he’d either be let go or assigned a responsible partner to babysit him during his duties.

That was not the case in San Antonio, Texas. Officer Jackie Len Neal had all the warning signs of a predator who abused his authority, but last week he reportedly tailed a teenage girl until she pulled over, then handcuffed her and raped her in the back of his cruiser.

On Friday morning, according to an arrest warrant affidavit, Neal allegedly tailed a woman until she pulled over on Betty Street and stepped out of her vehicle. He turned on his overhead lights and requested that she get back inside. The woman complied with the order but left her door open, the report said.

Neal told the woman he was following her because the car she was driving was reported stolen, the woman told police. She showed the officer a sales slip for the recently purchased car. Officers could not confirm whether the vehicle was ever reported stolen. Neal asked the woman to get out of the vehicle so he could pat her down, according to the affidavit. The woman said she felt uncomfortable and asked that a female officer pat her down, but her request was ignored.

During the pat-down, the affidavit said, Neal groped the woman, placed her in handcuffs and moved her to the back of his patrol car. The document said he then raped her and instructed her not to tell anyone.

It did not appear as though Neal made any attempt to conceal his identity, police said.

A GPS tracking system in Neal’s patrol car confirmed it was parked on Betty Street at Janice Lavon Drive for about 18 minutes Friday, according to police. (source)

This is not the first time that Neal has been accused of inappropriate behavior with young women. At least two other incidents are on the record.

Police Chief William McManus said a different woman made a similar complaint against Neal a few years ago. The date of that incident was not immediately available. McManus said that woman later refused to cooperate in a police investigation, so it wasn’t pursued. There were no consequences for Neal at the time.

McManus said he has asked officers to go back to that woman to see if she would be willing to help in the new investigation.

Neal was suspended in September for three days for dating an 18-year-old member of the Police Explorer program about two years ago.

The program is meant to encourage young people to consider a career in law enforcement. Officers are forbidden from fraternizing with members of the program for people 14 to 21 years old. (source)

Because of the SAPD’s refusal to act on Neal’s pattern of predatory behavior, a young woman has been assaulted, her life changed forever.

It seems as though many cops believe they have a free pass to molest women during traffic stops. Last year, during a strip search, a mom had a tampon forcibly removed from her on the side of the road while her horrified children looked on. A Philadelphia woman was recently stripped while she was in custody and forced to endure an officer masturbating while looking at her. Some officers are content with just sexually humiliating their victims, like this cop who made his victim repeatedly shake out her bra while he was “looking for drugs”. The list of officers, some even lauded as heroes, who have abused their authority for sexual gratification is apparently endless, and growing exponentially.

Officer Neal was arrested on Saturday and released on $20,000 bond. He has been suspended with pay, pending an indictment.