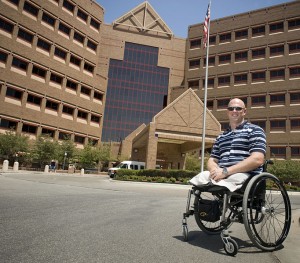 What would happen if the entire health care system in the United States was run by the federal government?  Would such a system be better or worse than what we have today?  To get an answer to these questions, all we have to do is take a look at what is already happening.  The truth is that there already is a government health care system in America and it is the medical version of hell.  You are about to read about the horrifying state of health care being provided by the federal government at VA hospitals and on Indian reservations around the country.  Injured military veterans and those that live on Indian reservations are some of the most vulnerable members of our society, and the government is doing an absolutely nightmarish job of taking care of them.

Theoretically, the government should be able to provide at least a basic level of care for these people, but as you will see this is simply not happening.

The bottom line is that the federal government is completely and utterly incompetent.  This has been demonstrated once again in recent months by the launch of Obamacare.  What a train wreck that has been.

But we shouldn’t be surprised.  When it comes to health care, the U.S. government can’t seem to get anything right.

Most Americans don’t realize this, but government-run health care for our military veterans is a complete and total joke.  In some instances, it can take critically injured military veterans more than a year to see a doctor…

CJ Jackson, a Purple Heart recipient and 101st Airborne medic, was severely wounded during a battle in Afghanistan when an enemy rocket-propelled grenade hit a wall a couple of feet from him, sending debris into his arm and leg. He said he waited over a year to see a doctor at the Jackson VA despite being considered critically injured.

And once a vet is finally able to see a doctor and have surgery scheduled, those surgeries are often conducted in facilities that are beyond disgusting.  The following is what one orthopedic surgeon recently told CNBC…

“Occasionally we’d find pieces of bone” on equipment, he told CNBC. “What it really shows is that no one is really taking the time or care to clean the instruments.”

His story was backed up by Dr. Phyllis Hollenbeck, who still works at the hospital. She testified on Sept. 9 about problems at the Jackson center. “Essentially everything that happens in primary care at the Jackson VA can be included under the umbrella of being unethical, illegal, heartbreaking, and life threatening for the veterans, and everything in the care of the veterans starts in primary care.”

*Bathrooms filthy with what appeared to be human excrement

*Dirty linens from some patients mixed in with clean supplies

*Examining tables that had dried blood and medications still on them

*Equipment used to sterilize surgical instruments that had broken down

*Some patients that were begging for food and water

Is this how the federal government should be treating the men and women that have shed blood fighting for our country?

Unfortunately, it appears that the mistreatment of our military veterans has gotten even worse since Barack Obama took power.  For much more on all of this, please see my previous article entitled “25 Signs That Military Veterans Are Being Treated Like Absolute Trash Under The Obama Administration“.

The funny thing is that many of the people that run these VA facilities are greatly rewarded for their “hard work”.  For example, CNBC discovered that those running the VA facility in Jackson, Mississippi described above are receiving huge bonuses…

And we see the exact same thing happening in government-run health care facilities on Indian reservations.

By treaty, the U.S. government is required to provide health care on Indian reservations.  But the level of health care being provided is of extremely low quality and the programs are very underfunded.

In fact, things are so bad that the following expression is very commonly heard on Indian reservations across America…

“Don’t get sick after June”.

Why would they say that?

Well, because in the fall and winter the waits to see a doctor and the rationing of care get particularly bad.  If you get seriously ill, you might end up dying before you ever get the care that you need.

In light of all of this, should we have more government interference in the health care system or less? 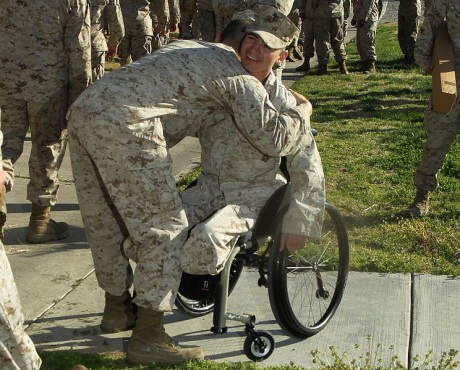