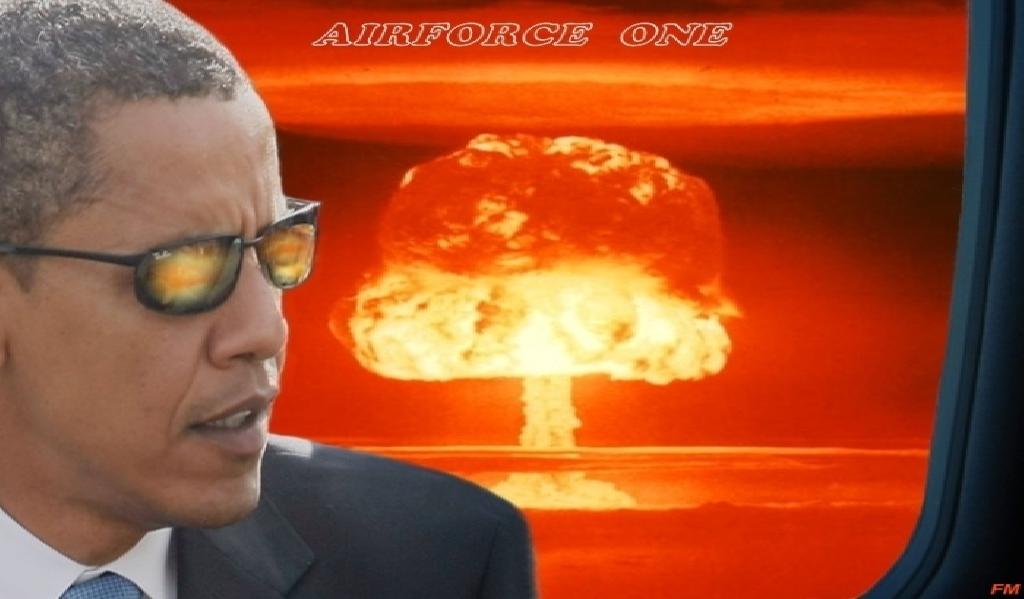 Do you ever find yourself reading a story so unbelievable that you simply do not know how to get your brain to properly process the data? I came upon such a story yesterday and I intend to report it but ultimately you need to decide what you believe. I am not afraid to print anything for discussion. But I will not characterize this story as undeniable truth. I want to throw it out so people can process it at their own pace. It might take me awhile. Fair enough?

Dr. Jim Garrow is a former Nobel Peace Prize nominee. He was responsible for bringing the military litmus tests (whether soldiers will fire on American citizens) to light early in 2013. I believed that story because there have been other sources to report similar occurrences, including the infamous 29 Palms survey.

About a month ago Dr. Garrow reported that Tom Clancy and Andrew Breitbart were basically assassinated by operatives from The Obama Administration. I can actually believe that could be true. However, the part I had a hard time swallowing was that Garrow claimed to have this knowledge only because he is a former CIA Agent. I printed that article, written by Dr. Eowyn but I must admit that the CIA Agent scenario seemed a bit odd to me.

I have two thoughts on this:

Well those stories seem like back page news compared to the potential bombshell that Garrow just dropped. I don’t like Barack Obama one bit. I think he is hell bent on destroying America. But would he nuke America? Like I said, you will have to decide.

Liberty Digest reprinted two Facebook statuses of Dr. Jim Garrow from November 18th and 19th that have since been removed by Facebook:

Three individuals have just saved 300 million lives in the past 2 weeks. They saved the 90% of the population that would be dead if Bathhouse Barry had not been stopped from using 3 nuclear devices against the American populace. 2 Army Generals and 1 Navy Admiral, whose duties included the safeguarding and oversight of the nuclear arsenal. Obama ordered that 3 nukes be transported in a major breach of protocol and safety regulations of long standing. He wanted it NOW, and these officers were made aware of what the intention was. The admiral had the one Navy nuke taken 200 miles off South Carolina and detonated deep in the ocean. The other 2 nukes disappeared thanks to the handiwork of the 2 Generals, the numbers 1 and 2 men in charge of the Army ordinance. These three men are heroes of the highest order. Look up the events of 2 Generals and 1 Admiral being dismissed in the past two weeks and you will find their names. They saved your lives and the lives of 300 million of your fellow citizens.

Mr. Obama’s intention was to set off the three nukes to devastate all computer related systems on the continent thus taking America back 200 years and guaranteeing a total breakdown in society and with in one year the death of 300 million Americans. To see how this would be possible read, “One Second After”. You can get it on Amazon.

We peered over the edge of the precipice of the death of our civilization and have lived to tell the tale. 3 heroes stood tall for America and the mad man in the white house was stopped for the first time in his life. He is unsure of what to do just now and he does not possess the keys to the nuclear submarines nor the two nukes that are now hidden. For the first time in his life someone said no, meant it, and stopped him from murder and devastation. The next few days are critical. Be afraid and go to prepper sites to find out how to save your family, if you can. – Dr. Jim Garrow, Nov. 18, 2013

In the condominium complex in Casa Grande, Arizona, where I have a unit, a visit was made yesterday by a group of 4 men in a black Suburban with lots of antenna’s on the roof. The management of our large group of condo’s was asked to open the door of my unit. The badges were a combination of many different alphabet agencies including my former one. Interesting because after I posted about EMP’s and missing nukes my phone rang late in the evening and I was requested to cease and desist. My posts have been removed. I am not however repentant, nor cowed. If anything like this happens again I have instructed people to begin the release of documents and information as per prepared plans in the hands of these people. Obama is known for overplaying his hand, and now should be known far and wide as a dangerous amateur. He may have gotten Breitbart, Hastings and Clancy, but they were just writers. I hope that he enjoys the protests today in DC.  – Dr. Jim Garrow, Nov. 19, 2013

Is it truth? I don’t know but it is very interesting.

As bizarre as this story may be, there are some things in place that might tend to support it. Check out CNN’s entry called Top nuclear missile commanders fired. I kind of doubt that they were fired for “alcohol and gambling” as the story suggests. I would have to assume some sort of insubordination was in play. You don’t fire a highly-decorated career officer because he is a drunk. These firings happened before Garrow posted, so if he is out of his mind he could have constructed a story around these events.

And if you want to check out actual radiation levels you will see that there are areas of elevated radiation on the East Coast in the general vicinity of South Carolina. Here is a good source for that: http://www.netc.com/ Compare it to the West Coast which is purportedly suffering the effects of Fukushima and it doesn’t look all that bad, however. And since I don’t check those reports daily it could be that the Carolinas have had elevated or rising radiation levels for awhile, and that could have gone into the creation of a story as well.

My gut feeling is that this story is not true and that Garrow has slipped off into another reality. If it is true then why has no one else come forward and why is an “ex-CIA” Agent the only one willing to expose the planned slaughter of 300 million Americans? Wouldn’t you hope that at least one of the three who were relieved of command would have something to say as well? If not them, then surely someone would have been so guilt-ridden that they had to tell someone. We are talking about 300 million lives. It seems like Garrow is off his rocker, but…

…if I was 100% confident of that I would not have bothered to even print this story. I still have a hard time believing that someone could make claims like this and not find themselves behind bars or worse. Do you think this administration would allow that? Brandon Raub got arrested for some pretty harmless Facebook posts and this seems far from harmless. Does Garrow really have the goods and is he using that as leverage to keep himself from the same fate?

I can’t help but think about all of the unbelievable conspiracies that became reality in 2013. Do I believe that Obama would nuke this country to benefit from a “false flag?” Unfortunately yes I do believe that he would stoop to anything that would get him closer to his goals, but I just have a hard time believing that it’s true this time. Garrow just seems to be at the center of too many big stories that no one else seems to come by. Are his connections that strong? Or is he just crazy?

I keep going back to wondering whether of not I believe Obama would do this. I believe he would. Is Garrow credible though? I am starting to have serious doubts.