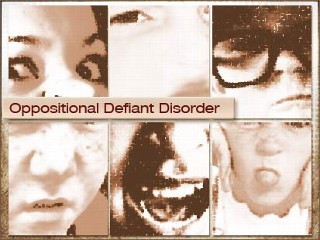 As I often have to do before I begin, I must make a qualifying statement about special education. There are without question students with serious disabilities, such as students who are visually or hearing impaired, have cerebral palsy, have Down syndrome, or students with a serious speech disability. Often these are students who, with appropriate support provided to the teacher and the student, can thrive in a regular classroom. There are certainly students that clearly have problems, such as dyslexia, that, with the appropriate support, can also be overcome. This article is not about students who have serious and sometimes severe disabilities. However, what I will be discussing specifically in this article are the soft and often amorphous learning and behavioral disabilities that are not so easily proven, measured, or dismissed. There are also so-called disabilities that are not disabilities at all.

The supposed assistance in modifying student’s work has now become a ten minute meeting with a resource teacher once a month, if one is lucky. Individualized Education Plans (IEPs) allegedly provide information and adaptations for each student. All adaptations are left up to the regular teacher. All management of student behavior is also the regular teacher’s responsibility. Some of these special needs students may have dyslexia or vision problems or other physical disabilities that are easily adapted into a regular classroom, but it often includes students who have such disabilities as Attention Deficit Hyperactivity Disorder or Oppositional Defiant Disorder. The characteristics of these are:

The teacher is expected to conduct a normal class for 25-35 students with all of its normal demands, while managing the behaviors of the special needs students with issues like the ones listed above; and, not just one of these special students per class, but 5, 6, or even 7, each with his own particular set of issues and particular adaptations. The disruption to a normal classroom environment is enormous.

Now the teacher must spend much of her time just trying to keep these students under control. The “non-disabled” students are given less and less attention. These regular students often become unfocused and add to the confusion, because the teacher’s energies and attentions are drained by the special students. Students who want to learn, who want to be challenged, often become behavior problems themselves, out of frustration, or they just put their heads down and go to sleep out of boredom. Ultimately, everyone loses. The regular students do not learn at a pace that holds their attention; the special needs students do not get the concentrated attention needed to, perhaps overcome their disability. These special needs students often exit school with very low reading, writing, and math levels as well as poor social skills, leaving them less able to succeed as adults and more likely to become burdens on society.

Less distracting students with IEPs and 504s (a plan that has fewer legal requirements) who are also due special attention and lots of documentation include one student who had sleep apnea… really. His paperwork said that a tonsillectomy had been recommended repeatedly, but the mother says no, so he is my problem. He slept in class most days. He was a really nice kid who learned little. Another IEP said that the student’s learning disability was that she just couldn’t learn, but I was responsible for teaching her AND making sure that she could pass state tests. I had no idea how to help her, nor was I provided with information about how to do so. The situation was merely dumped in my lap. Her success will impact my pay eventually.

In addition to these attention-draining special students, there are designer special education students. These are students who are unlikely to have any real special needs, but their parents have learned that getting their child labeled with one of these disabilities puts immense power into their hands. The diagnosis of a special need is often made by a doctor who has seen the child once and may have had the parents or teachers fill out a survey. Parents share the names of doctors who will provide the diagnosis upon request. These parents now feel the right to demand that teachers make constant adjustments and give an exorbitant amount of attention to their child.

One of these parents emails demands to her daughter’s teachers two, three, or more times a day. These emails are often more than five or ten paragraphs long. If a teacher does not respond in what the parent considers a timely manner, then the administrators and the school board receive snarky emails until the parent feels satisfied. One dare not fail such a student as lawsuits are commonly threatened or filed. As a result, teachers are forced to focus energy on a few students in their classes, while others are given less care than they deserve, care which they also have a right to.

One lawsuit that occurred in a colleague’s classroom, was brought by a mother whose son was “…arrested on several occasions — including over accusations of sexual harassment, robbery and assault…” The suit goes on to say that the school “did not hold the ‘manifestation meetings’ required to determine whether the incidents were a result of his ODD disability. So, HIS disability excuses violations of the law and HIS right to be in a classroom supersedes the right of students and teachers to be protected from his actions, which include sexual harassment, assault, and robbery. It does not take much imagination to visualize the disruption a student like this can cause in a classroom on a daily basis. But consider this too, there were young ladies of 14 and 15 in that classroom who were repeatedly sexually harassed. THEIR right not to be sexually harassed is superseded by his right to be in a regular classroom. Where he belongs is in a reform school, but unfortunately they no longer exist.

Regrettably, most IEPs (learning plans) for students with learning disabilities and behavior issues labeled as disabilities do nothing to really help students progress; instead they generally don’t hold the child accountable as the accepted educational adaptation. Students get extended times or reduced workloads. They get fewer test questions or shorter essays to write. The IEP often requires that those students have reduced distractions to them, when ironically those same students are often the ones causing the most distractions. But the most important question to ask is how does that help these students overcome disabilities? IT DOESN’T!! It just teaches the child to make excuses, to demand exceptions, not to push himself beyond where he is right now. As a result, he will stay educationally behind, not growing at all, never overcoming his disability.

I had a student that I pushed the Special Education Department to evaluate for a possible IEP. He was a really nice kid, hardworking, willing to push himself, but he clearly had serious reading weaknesses and he could not write a legible line. Spelling was an unexplored territory for him. He got an IEP, but all the IEP really said was that he would not be held accountable for legibility or spelling in his writing and he should get shorter reading assignments. How did the school help this child? It would be the equivalent of a young man getting his legs injured in a car accident. Instead of giving that young man therapy, instead of pushing him to start walking again, even when it hurt, even when it seemed impossible, his therapist put him in a wheel chair and said he should just let others push him around. I wept for this young man who will graduate still unable to read or write beyond a very base level. Those in charge will have their data to say he graduated. That is all that will matter to them. Which leads to another important point about special education; these plans do nothing to help these students once they leave secondary school. The world will not give that “disabled” adult reduced workloads, or not hold him accountable for spelling errors and illegible writing, but by then that will no longer be the school system’s problem.

In the interest of full disclosure, my own daughters have some mild learning disabilities: one with dyslexia and the other with ADD (no H or hyperactivity). Both daughters have mostly overcome these disabilities. However, I do not expect my daughters’ teachers to make extraordinary adaptations for my daughters nor do I accept bad behavior from my children because of their personal struggles. I realize now when I look back at my own experiences in school, which included getting in trouble too often, impulsive behaviors, and dropping out of high school at 17 (though I eventually got my G.E.D. and attended college) that I was ADD too.

It does help me as a parent and as a teacher to know what struggles a child may have, so that I can make shifts for them, but these do not necessarily require a wholesale change to my lessons or extraordinary attention to that student. I always say to my daughters that their disability is never an excuse, but it is their obligation to find ways to overcome and adapt to their disability and not to give into it. I believe that it is MY responsibility as a parent to help my children make adaptations for themselves. It helped me as an adult to understand some of my behaviors when I was younger and probably would have helped my parents handle me better. Then my parents, NOT the school, could have given me the right tools and focus to be more successful earlier in life.

There are indeed some students who need extra help and special attention and some of those students can be successful in an average classroom with simple modifications. No teacher wants to deny an opportunity to a student to be in a regular classroom if it is possible. However, this is not as simple as it seems. In fact, the situation is far more complex for the many other students whose needs (or lack thereof) impede the education of equally deserving “non-disabled” students to receive the best possible education available. To state this more simply, there are manifold ways that “special education” denies those who are not in special education the right to a full education and the full attention of their teacher.

*The list of Oppositional Deviant Disorder characteristics describes the behaviors of at least 50% of the students in my current school, so either they are all special needs or they have all just been allowed to behave badly for years in school and some students get a special needs label which excuses this poor and sometimes violent behavior.