Dave Summers reports for NBC7 San Diego that last Sunday, November 24, 2013, a crowd of 150 people pelted U.S. Border Patrol agents with rocks and bottles as they tried to cross into the U.S. illegally, according to U.S. Customs and Border Protection (CBP).

The incident happened in the Tijuana River channel, near the San Ysidro Port of Entry.

According to CBP, a Border Patrol agent ordered the Mexican nationals to stop, but they continued trespassing into the United States. The agent fired a PepperBall Launcher, but it did not deter the crowd.

Border Patrol Union representative Gabriel Pacheco said, “They had their phones out so this group was out to spark an incident. That’s what they wanted to do.“

As the crowd became “unruly,” more border agents responded. But they were outnumbered, and had to dodge threats, rocks and bottles. One agent was hit in the head with a full water bottle.

According to CBP, the agents used “intermediate use-of-force” devices, and the group retreated back to the Mexican side of the border.

Pacheco said had cooler heads not prevailed, it could have ended much worse. He also said the crowd “appeared to be more of an organized demonstration to test patrol manpower and response capability.”

No one was arrested.

Meanwhile, White House spokesman Josh Earnest told reporters yesterday that if Congress doesn’t act to “reform” [illegal] immigration, Obama would not categorically rule out using an executive order to “address [illegal] immigration” and that “I don’t want to speculate about what sort of actions the president might or might not take.” 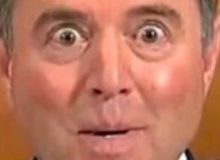