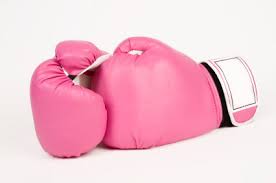 A Florida man and his neighbor gave a group of would-be burglars quite a surprise on Tuesday.

An Oak Hill woman noticed four people walking towards the mother-in-law suite that is attached to her house. Her grandson lives there, so she figured the group was going to visit him – until she realized her grandson wasn’t home. She alerted her husband, Ira Roberts.

Roberts armed himself and went out to confront the thugs:

“I knew I couldn’t shoot them. Legally you can’t shoot them when they’re running away. So I pumped one into the ground. Which was good, it alerted all my neighbors.”

One of the neighbors, Beverly Rose, saw one of the suspects trying to take off. Rose, a former professional boxer, said she tackled the man:

“I did make a comment to him, how he liked being caught and tackled by a 44-year-old woman; he just kept shaking his head.”

Rose held Justin Goodrich, 23, to the ground until the police arrived.

The three other suspects were caught by police. All four were charged with burglary of an occupied dwelling and theft.