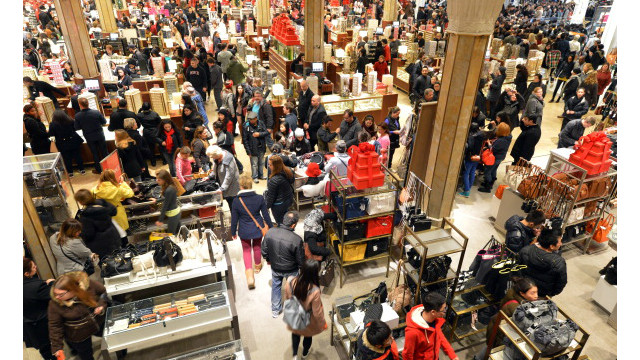 Today is Black Friday, traditionally the day when we hit the malls and try to bag bargains for the holiday season. Here are 10 surprising facts about ‘Black Friday’.

1. The term originated in 1869. On September 24th of that year, Jay Gould and James Fisk tried to corner the gold market on the New York Stock Exchange. The government intervened and flooded the market with gold causing investors to lose a fortune. Black Friday was born.

2. Thanksgiving was set as the last Thursday in the month in 1941.

3. The term ‘Black Friday’ was first applied to Thanksgiving in 1951 when a labor-force researcher noticed that the day after Thanksgiving had higher absentee levels than any other day. She called it a black day for industry and labeled the condition most workers were suffering from was “Thanksgivingitis’

4. Police in Philadelphia, fed up of the congestion and extra shop-lifters in the stores on the friday after Thanksgiving brought the term ‘Black Friday’ into popular usage in the city.

6. By 2001, ‘Black Friday’ was the biggest shopping day of the year across the country.

7. Its fame has spread. Canadian retailers took a hit each year as customers crossed the border to shop. Now they have their own sales linked to the American holiday even though their Thanksgiving is a whole month earlier.

8. In an attempt to out-do everyone else, Walmart started to open its stores on Thanksgiving evenings so people could shop sooner. Other stores are joining in and doing the same. Retailers have called this ‘Grey Thursday’.

9. In 2008  Jdimytai Damour, an employee at a Long Island Walmart, was trampled to death as impatient shoppers pushed against the doors. The crowd won, and Jdimytai was crushed.