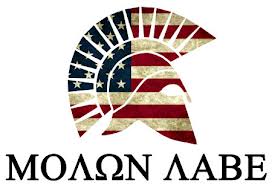 Judge Andrew Napolitano has lambasted the government just a day after Thanksgiving.

His article for Fox News accuses the government of lying and cheating US citizens, and demands the return of the rights and liberties ‘stolen’ by the Obama administration.

He goes on to accuse the president of not upholding the Declaration or the Constitution even though he took an oath to do so.

“What if the president took an oath to uphold the Declaration and the Constitution but believes in neither? What if he believes that our rights come from the collective consent of our neighbors, whom he can influence, or, worse yet, from the government, which he can control? What if he believes that he can invade our right to be left alone by spying on us and lying to us and destroy our right to be different by killing us? What if he actually did all these things?”

We all need to stand together and fight for the freedoms Judge Napolitano refers to. It started small, a little bit of new legislation to curb this and control that. The normalcy bias kicked in, and these small changes were accepted. This was the plan all along. To make small, sometimes imperceptible, changes to our lives that we probably wouldn’t notice.

This continued until there were no small changes left to make, then they started with the bigger changes, the legislation and controls that do affect our lives on a daily basis.

They spy on us daily with CCTV, computer spyware, and phone call interceptions and God only knows what else we have no idea about.

They try to take our guns using the deaths of children as nothing more than a prop that aids their agenda.

They take us to the edge of war with their lies.

They prevent us from growing food in our own yards, or collecting rain water on our own property…the list is endless, but now, people are starting to wake up.

Many may have come late to the fight, but they are here now, and that’s what matters. More and more people are waking up to the fact that the government is demolishing their rights completely. As this awakening continues it will become harder for the government to get away with their unconstitutional and illegal actions.

As Judge Napolitano said, the President took an oath to uphold the declaration and the Constitution…he is doing neither.

Polls show that support for the government is at an all time low.

The people are getting restless. Our very survival as free thinking, free men and women is under attack.

The battle lines are drawn.

I refuse to hand over any more of my rights and liberties. If they want them, as with my weapons, they will have to come and take them.