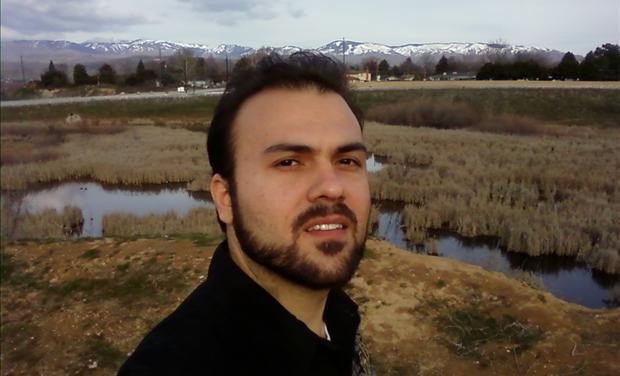 Obama is a master of deceit. In an outrageous and reprehensible display, the White House issued a statement Tuesday regarding the whereabouts of ex-FBI agent Robert Levinson. Levinson “disappeared” in Iran on March 9, 2007 during a business trip to the Iranian island of Kish. There is no mention of Pastor Saaed Abedini, who will be a casualty of this Administration. Why now is the White House so interested in exploring the disappearance of Robert Levinson? Obama got the nuke deal. Or better yet, Iran got its guaranteed nuke deal. The guarantee that they will get the nuclear weapons they so desire. And now that this is out-of-the-way, Obama can look like he’s interested in a missing person. Also, Levinson went missing in March 2007, which would make his disappearance a Bush problem.

Statement by the Press Secretary Regarding Robert Levinson

As we approach the upcoming holiday season, we reiterate the commitment of the United States Government to locate Mr. Levinson and bring him home safely to his family, friends, and loved ones.  We welcome the assistance of our international partners in this investigation, and we respectfully ask the Government of the Islamic Republic of Iran to assist us in securing Mr. Levinson’s health, welfare, and safe return.

The timing of this statement is obscene given the public outcry for the release of Pastor Saeed Abedini, who has been detained in Iran for well over a year. Worse, details of the nuclear agreement have been released, and his name was NEVER mentioned. Abedini was completely iced out of the deal by Obama. He could have easily secured his release, but it was not in his best interest. He’s a Christian pastor. But now all of a sudden, Obama is interested in the whereabouts of Robert Levinson? This is more political posturing.

Both the White House and Levinson’s family say Nov. 26, 2013 marks the day that Levinson becomes the longest-held American hostage, surpassing the 2,454 days journalist Terry Anderson spent in captivity after he was abducted in Lebanon in 1985.

There is a $1 million reward for information leading to Levinson’s safe return.

The Levinson family has released five photographs of the missing man, which they say were emailed to them in April 2011. The photos showed him with a chain apparently wrapped around his hands, wearing an orange jumpsuit and holding up signs, including one that read, “Help Me.”

It would make Obama look like a diplomatic master if he was able to secure the “release” of Robert Levinson, who will now be the longest held American hostage. If he being held hostage in Iran. His whereabouts or the authenticity of the photos don’t exactly answer any questions.

In 2011, his son Dan Levinson, wrote that, “It is approaching five years since my father, Robert ‘Bob’ Levinson, disappeared on Kish Island off the coast of Iran in March 2007. Earlier this year, Secretary of State Hillary Rodham Clinton announced that my family had received proof my father is alive and is believed to be held somewhere in southwest Asia”

In 2011, it was believed he was in Asia. The FBI has been “searching” for this man since 2007 and has not been located. But now that there is a diplomatic breakthrough, maybe there’s a chance he will be found.

FBI Director James Comey said Monday that despite working the case for the better half of a decade, the Bureau’s “exhaustive efforts have not yet been successful in locating Bob or establishing a dialogue with those who are holding him.”

What about Pastor Abedini? Seeing as how his name was never mentioned in the nuclear deal, why wasn’t he also mentioned in the White House Press Release? Because he doesn’t matter, he’s completely expendable.

It’s all lies with Obama, and opportunity. Appearing to look for Levinson, and then possibly finding him would benefit Obama. Pastor Abedini was never going to be part of any nuclear deal, nor will his release ever be a part of White House protocol. Now about that missing agent. No doubt Team Obama is on top of that.