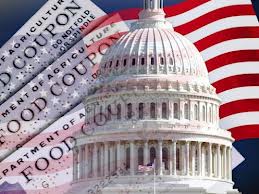 Remember when Barack Obama took Mother’s Day as an opportunity to push his healthcare agenda? Well, it seems that he doesn’t let any holiday, opportunity or anything sacred pass by without desecrating it with an attempt to advance his political agenda. Thanksgiving 2013 is no exception, as the White House took the opportunity of Thanksgiving, a time to thank God for what He has graciously provided and remembering His providence in the lives of the first English settlers in America, to push the federal government’s food stamp program.

Here is the email that was distributed by the White House Wednesday:

The push of the Supplemental Nutrition Assistance Program (SNAP) doesn’t merely put food on the table. As we’ve reported before this program is full of fraud, waste and is the vehicle Obama is looking to in order to overwhelm the system with welfare recipients. This program has been used to provide for vacations, alcohol, strippers, gambling and various other uses.

However, noticeably the email stated that SNAP kept nearly 5 million people out of poverty. Now, how exactly does that work? Doesn’t one have to be impoverished in order to received SNAP benefits? I forgot, that’s just another of Obama’s lies. Or maybe not.

More lies continue in the Thanksgiving SNAP email. The claim is that SNAP boosts the economy. Anyone that understands basic economics knows this is a flat out lie. While the money is used for certain things, it comes from other taxpayers. It is not earned, it is stolen. Using the government’s logic here, we might as well promote the crimnal actions of thieves. After all, they are stealing from someone else and then spending the money they gain from their thefts to enhance their life in some way or another.

the claim that for every $5 in new SNAP benefits generates $9 in economic activity is also misleading at best. Sure there is activity, but it is by no means a real boost to the economy. In fact, it is demonstrably a burden on the economy as it robs those who earned that money, which they would have legitimately spent it on things for their own families, and turns around and gives it to those who did not earn it.

Then the punch line comes.

House Republicans are going to steal food from the mouths of children, seniors, veterans and vulnerable families if they pass a piece of legislation. Obama wants to make people aware of the pork filled Farm Bill. He wants to make it appear that Americans should be thankful for government, not God, and that government can solve all our woes.

The reality is, government is more of the source of many of societies ills, not the solution. There appears to be no depths that Obama will not sink to in order to promote more big government.