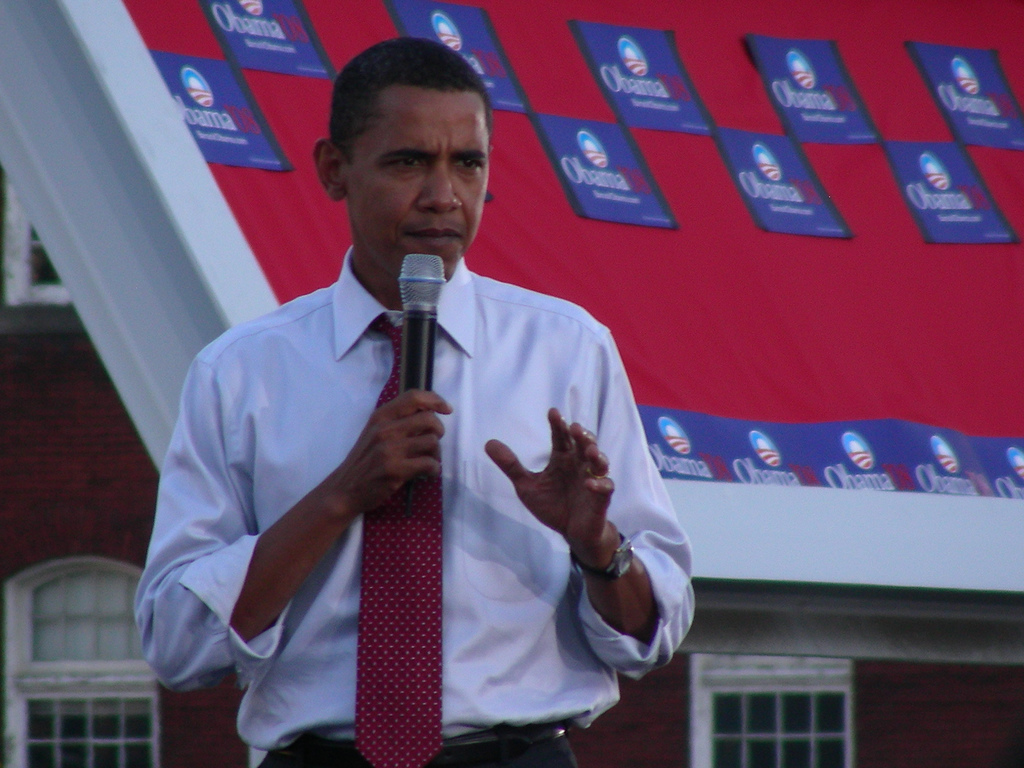 By definition, racists judge people by stereotyping them according to race, by assuming that all black people have big lips and like fried chicken, that all Asians are inscrutable, or that all Italians are mobsters. There are as many stereotypes as there are categories of human being: women, tall people, fat people, Christians, Jews, Gays, people of a certain nationality or even people from a certain region of one’s own country. If you judge people by stereotype you are practicing prejudice, of which racism is one kind.
In 2008, while Barack Obama was campaigning for the Presidency, it was common to hear in the media and elsewhere, that it was time for the US to have a black president. The statement presumes two things that are false: first, that the Presidency is awarded to someone based on race, and second, that it is awarded to someone based on who is in line waiting, like ticket holders queuing up to enter a movie theater. It is never anyone’s turn to be President, whether it is Bob Dole, John McCain, Al Gore or, generically, a Jew, a woman, or a black person. The statement implies that, because, for most of this country’s history, Presidents have been white males, it is someone else’s turn, other than a white male, to be President. There is no Affirmative Action based on racial or other quotas for anyone to be chosen. Therefore, it is absurd to assume and assert that it is time for the US to have a black President. The assertion is racist. There is only ever time for the US to have a qualified and competent President. No other standard prevails, period.

Presidents have been white males for a variety of reasons, most substantively because there have been many more educated, qualified candidates among white males than among any other category since this nation was founded. They were reasons for this, of course. Women, for example, were not afforded the opportunity to develop the standing in society that would have made them viable candidates. Nevertheless, the force of majority population prevails in free elections. Moreover, some people, including black Americans, overcame extreme social difficulties, so that many black Americans have run for and won elected office since just after the Civil War. Frederick Douglas is probably the most prominent among these, and the irony is that he was elected by a contingency of voters which included many white people. There are other excellent examples. In 1966, Edward Brooke, an African American republican from Massachusetts, was the first black person to be elected to the US Senate, no small feat in a stronghold of Democrats. Mr. Brooke did not invoke race in his campaign. He was far too dignified. Instead, he presented his credentials and his vision so that voters in Massachusetts could see who he was and what he was about. As a result, they ignored, race as they should, and voted for the educated, articulate and clearly competent Edward Brooke.

To assert that white males are elected only on the basis of their race is a deliberate distortion of reality. If race were the reason white males were elected so often, there would never be anyone of any other race to oppose them, because white voters outnumber other categories by vast margins. The assertion is simply is not true, even among Presidential candidates or prospective candidates. At one time, it was widely believed that either Colin Powell or Condoleeza Rice would run for the Presidency. Both were exceedingly popular figures of great prominence. Both were Secretaries of State and had held other high government posts. Powell was a military hero and a former Chairman of the Joint Chiefs of Staff. His credentials were well-established and his moderate positions on many major issues were well-known and popular. In Rice’s case, pundits even asserted that her chances for election would be extraordinary, because she was a black woman! How much better does it get than that? If indeed it was time for the US to have a black President, then why not elect one of these two well-qualified, eminent, accomplished, articulate, knowledgeable and polished people whose politics were clear. With them, the electorate would know what it was getting. With both Powell and Rice, to assert race as a factor, would have been repugnant and vulgar. Neither of them would have allowed it.

But Barack Obama was a completely different case. No one knew anything about him except what was touted in the Liberal press, i.e., that he was personable, a good speaker, and, according to Joe Biden, was a “clean, articulate black man” and a “nice looking guy.” In short, he was a political nobody. By 2008, his greatest achievement was that he had beaten Alan Keyes for an open Illinois Senate seat in 2004. This was not much of an accomplishment, because, although Keyes was an educated and well-known figure, he had been sent to Illinois only a few weeks before the election, in order to register as a resident so that he could be a candidate and was accused of being a carpetbagger. This was a problem for Keyes because he had accused Hillary Clinton of carpet bagging in her New York Senatorial race. But the Illinois Republicans drafted Keyes anyway so that Obama would not run unopposed. But Keyes never stood a chance against the powerful Illinois and Chicago political machines that backed Obama. They tore Keyes apart, calling him every name in the book. Keyes, ever an extraordinarily articulate firebrand, fought hard and well, but was ultimately overwhelmed by the traditional dishonesty of Chicago and Illinois politics.

Obama’s credentials were worse than questionable. They were practically non-existent. Other than his associations with the disreputable Bill Ayers, an admitted Communist and founder of the Weathermen, there was little known about him and nothing particular to recommend him. His background was murky and accusations of drug use and homosexuality abounded. His citizenship was always in question and has still never been clarified. His birth certificate was sealed as was his academic record and his politics were kept a secret, but for his exhortations of Saul Alinsky’s Marxist maxims. One wonders how he even managed to get elected to the Illinois State Senate.

It is most likely that he was being groomed for a long time to get into politics and to see how far he could get. Those who backed him, still not all openly known, probably saw in him an arrogant, lazy, egotist, who could be manipulated by pumping is ego and by providing him with the vagaries of unearned wealth and status, to carry forward the agenda of powerful entities who financed and later controlled him. Such entities never choose powerful independent people, but dote on people of weak character whom they can boss around without danger that they ever hold ideas of their own. He was a straw man, an obscenely arrogant figurehead with an uncanny ability to lie – and read a teleprompter with the message he was assigned to deliver. The agenda was never to be his, by conviction or conception. He isn’t smart or clever enough to have dreamt it up. Its complexity is beyond his intellectual capacities. Barack Obama was a creation, a product, of people like Bill Ayers, who could never run for office himself because of his reputation, but who was a very good coach for the susceptible Obama and his arrogant, extravagant and extremely egotistical wife. Obama was thrust upon us with the loudly propounded excuse that it was time for the US to have a black president.

We Americans are supposed to elect our representatives, including the US President, on the basis of their qualifications, of which honor, honesty, dignity and clarity are central. These constitute a high standard to which we are supposed to hold our public officials and to which Barack Obama cannot possibly measure, because he is dishonorable, dishonest, undignified and obstructive. Obama is unqualified by any and all reasonable standards to hold elective office at all, let alone the US Presidency, which he has disgraced. He has proven his incompetence and dishonesty so thoroughly that we must conclude that he is completely controlled from behind the scenes by destructive forces intent on destroying the US from within.

In order for anyone to be elected to the US Presidency, a majority of non-black voters would have to cast ballots for him. The statement that it is time for the US to have a black President was intended to convince non-black voters that it would be racist not to elect a black candidate, specifically Barack Obama, thus forcing them to vote on the basis of race, which is itself racist. James Carville accentuated this by threatening on national TV that if Obama were not re-elected there would be major racial trouble, implying riots in the streets. The joyous outcry at Obama’s election and later at his re-election, was a cry of relief from those white voters who had avoided the label of racist by ignoring their pro-race bias by casting a pro-Obama vote. This was confirmed in recent surveys conducted among white voters, when many interviewees admitted that they voted for Obama expressly because they were afraid they would be accused of racism if he were not elected and re-elected. This admission is proof that voters chose Obama only because he is black. Therefore, they are and were acting as, racists.

Now it is being declared all over the world of Punditry, that Hillary Clinton is the anointed star of the Democrats’ field of candidates for the 2016 election. And the Liberals are already trying to condition the field by saying that it is time for a woman to be chosen to be the US President. As a person, Mrs. Clinton has demonstrated such irresponsible disregard for America and Americans that she could only be chosen to occupy the office of US President because she is a woman. Are we going to be stupid enough as an electorate to repeat the insanity of 2008 and 2012? Are we going to choose a US President based on some other category of prejudice? The facts about Hillary Clinton are not hidden as they were with Obama. She is an open disgrace, not a hidden one as he was. If we abandon our reason and elect a candidate we already know to be dishonest and defective, we will elect not the best but the worst candidate, and sink our country deeper into despair. If we keep doing it, we will surely lose our America.

It is never somebody’s turn to be President of the US. There is always and ever will be only one standard by which we should elect someone to the highest office in our nation. We must choose only the best, most qualified person regardless of race of sex, who will honor and uphold the values and greatness of our nation, as the Founders conceived it. No other kind of person is acceptable.