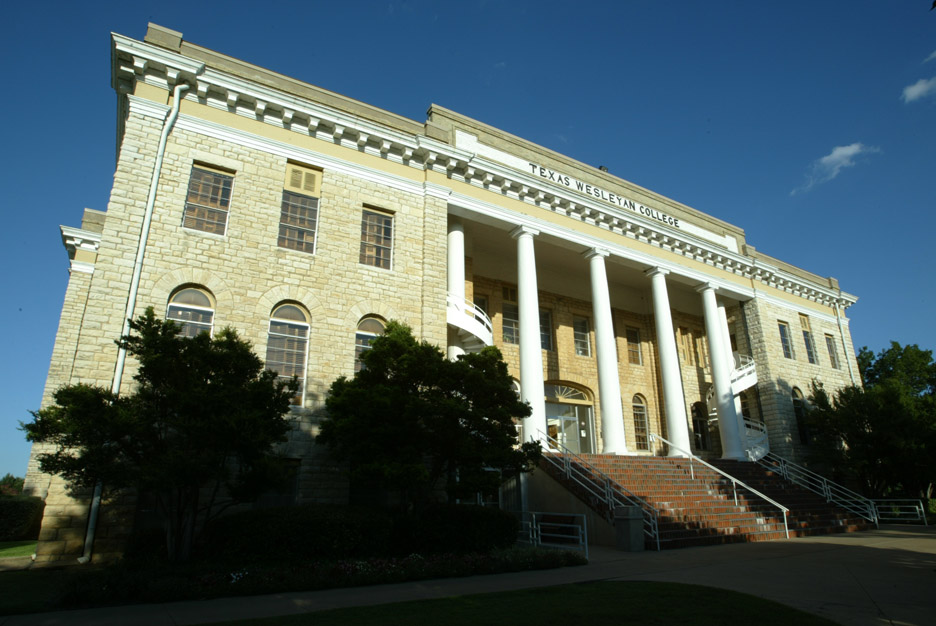 Sharia has invaded all aspects of American life. It has crept in like a slow-moving fog, and clouded the vision of anyone who has eyes to see. Texas Wesleyan University in Ft. Worth, a Methodist affiliated university, has fully submitted to sharia. Under the guise of “interfaith” outreach, the University has created an Islamic specific prayer room facing the Ka’ba Shrine in Mecca. There is nothing interfaith about this prayer room. The word “interfaith” is a lie, and would allow anyone to think that the room would be open to all students, including Christians. Never does “interfaith” mean anything but non-Christian activities, namely New Age practices. But today, the word “interfaith” can be directly translated to mean Islam, with full sharia compliance.

Texas Wesleyan has dangerously aligned itself with Islam, like most colleges across the United States. But the Methodist affiliated private university, which doesn’t mean the school is Christian by any stretch of the imagination, is caving to sharia. All in the name of “interfaith” worship, which is surely the most outrageous claim. Islam does not co-exist. The school paper TheRambler.org’s article is undeniably deceptive in using the word “interfaith” in exchange for “Islam.”

As we all know, Texas Wesleyan is a school of many cultures and different beliefs.

Mohammed Khalid M. Alshafei, president of the Saudi Students Club at Wesleyan, had a meeting in 2012 with President Frederick Slabach asking for a prayer room to be provided as prayer is very important for the Saudi culture.

It is quite common for Saudi students to pray about five times a day, three of those times during classes or school.

This entire “interfaith” project is the work of the Saudi Students Club. This prayer room is specified to sharia standards, meeting Islamic jihad approval. Why must universities feel the need to accommodate students who pray five times a day, with three of those times being during regularly scheduled classes? This would not happen for Christian or Jewish students. Those students are forced to make other arrangements. But this is Islam, and the universities, Christian or otherwise, must accommodate them. They must submit. There is no other way.

“The reasons for this (prayer room) are twofold,” said Rev. Dr. Robert K. Flowers, Wesleyan chaplain. “One, to show hospitality to our foreign students and, two, our campus needs to be open and tolerant of other faith traditions whether it is Islam, Hindu, Jewish, or otherwise.”

The prayer room was established in 2012 and is located in the Morton Fitness Center.

The prayer room also has to face toward the Ka’ba shrine in Mecca for Islamic observances, according to www.religionfacts.com.

Perhaps the most well-known Muslim practices among non-Muslims is ritual prayer, or salat, which is performed five times a day: at dawn (al-fajr), midday (al-zuhr), afternoon (al-‘asr), sunset (al-maghrib) and evening (al-‘isha).

Prayer is always directed in the direction (qibla) of the Ka’ba shrine in Mecca. A prayer mat, sajjada, is commonly used during salat. Salat may be performed individually, but it carries special merit when done with other Muslims. The focal prayer of the week is the midday prayer at the mosque on Fridays.

Salat must always be preceded by ablutions (wudu’) of ritually washing the face, hands, and feet. This can be done with sand when water is not available. (Qur’an 5:6; also 2:222, 4:43.) (See Islamic-Paths.org for a detailed article on the ritual of ablutions.)

There is nothing interfaith about a prayer room that faces Mecca and meets all the specifications of the salat. The most stringent Islamists in the Middle East would be proud of this prayer room at “Christian” Texas Wesleyan University in Ft. Worth. This meets all sharia specifications. What more could an aspiring Islamic jihadist want? There is one thing missing in this interfaith prayer room.

The students are missing a sharia appropriate washroom. The fitness center they are using right now is not quite up to standards.

Another thing the Islamic students perform before praying is the washing of hands and feet.

“We have to be cleaned before we pray,” said Alshafei. “We believe that when we pray, we will be between the hands of God.”

Islamic pray starts in the standing position and moves through several postures and ends with the taslima (greeting) meaning “Peace be upon you,” according to religionfacts.com.

As CreepingSharia points out, Islam the religion of peace is responsible for 22,000 terrorist attacks since 9/11 alone. United States universities are willfully breeding jihadists. While Texas Wesleyan does not have a sharia compliant wash room, they will surely get one. After all, they have an “interfaith” prayer room facing Mecca.