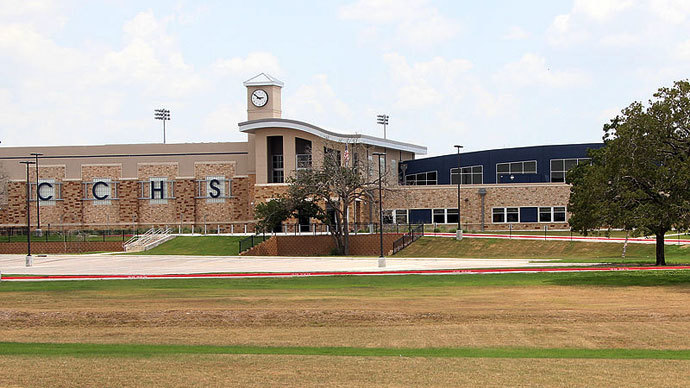 A Texas schoolboy who was tasered after intervening in a fight at his school is still in a coma.

Noe Nino de Rivera, also known as N.N., suffered a severe brain hemorrhage on November 20th after trying to break up between two girls at the Cedar Creek High School.

“I’m called to the school, and they say you have to get to the hospital, (They said) your son is alive. I say, ‘what do you mean he’s alive?”

Her son “stepped in to break up the fight” before police could arrive, [Maria] Acosta says in the suit.

[Randy] McMillan and another security officer arrived to break up the fight upon being called by school officials. Acosta says her son “diffused the situation” by the time they arrived on the scene.

McMillan told N.N. to step away, and he did so with his hands raised, but McMillan tasered him nevertheless, Acosta alleges.

Immobilized by the Taser, N.N. fell and struck his head on the floor, at which point McMillan handcuffed the unconscious boy, 17.

Acosta says school officials initially “delayed in calling for medical assistance even though N.N. was in an obvious emergency medical situation.

“Eventually, school officials called for EMS and N.N. was airlifted to St. David’s Medical Center, where he immediately underwent surgery to repair a severe brain hemorrhage and was placed in a medically induced coma.”(source)