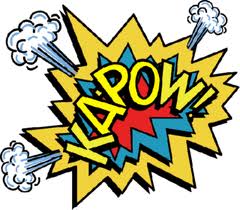 Some fads are so hot that they begin to escape their humble beginnings and spread beyond their original scope. Apparently the knockout “game” is just such a trend. It is so darned versatile that it can be played anywhere, not just on the city streets where it started out.

Take the halls of a public school for example. In Hamden, Connecticut a high school senior was punched in the face simply walking down the hallway last week.

A male senior was walking in the halls of Hamden High School on Friday when police said a student “ran toward him and punched him under the eye.”

Because of the assault, the senior suffered an eye injury. The victim’s injuries are not life-threatening.

The senior told police that he did not know who had hit him and never talked with him. However, a short time later, the high school resource officer located the alleged suspect.

He told the high school resource officer “it’s a game he and his friends play.” (source)

The assailant was a 15 year old student. He has been arrested and charged as a juvenile with third degree assault.

Knockout, in case you’ve been sleeping for the past 6 months, is a deadly new trend of a member of a group of hoodlums assaulting an innocent stranger just to see if he can knock the innocent party unconscious in one blow. If the one blow is not sufficient, no worries – the fun isn’t over. The hoodlums then proceed to beat the living daylights out of the victim. Victims, by the way, have included a grandmother, an elderly man, a 12 year old boy… the more vulnerable the victim, the more “fun” it seems to be. Many times the assaults are videotaped and posted online.  The crimes are predominantly black on white.

Apparently, no place is safe from violent thugs and random attacks anymore.