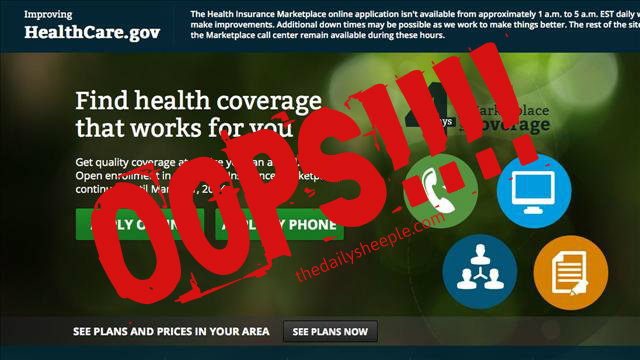 The Obamacare website (Healthcare.gov) was taken down for maintenance in order to meet the government’s promised deadline of having it running properly.

It’s back up and running now.  Sort of.

And apparently, it still sucks.

Despite the victorious announcement by the Washington Post that the site is fixed and the deadline of November 30th has been met, we are officially calling “BS” on that announcement.

Among the failures, as enumerated on Breitbart.com: