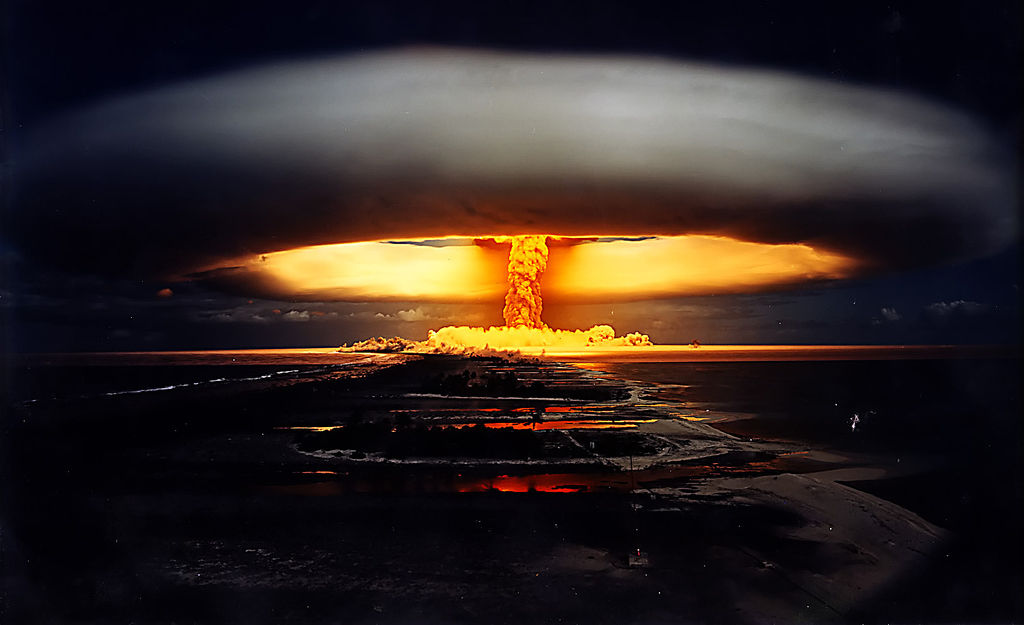 The only numbers that stood between the world and a nuclear apocalypse were a closely guarded secret for many years but now we know that they must have been developed through intensely difficult algorithms.  Obviously, great care had to be taken that this super secret code would not be easily cracked.

I’m thinking that the Strategic Air Command perhaps was not very strategic after all.

The emphasis, you see, was not on security as much as it was on speed.  The Strategic Air Command didn’t want to have any delays in nuking the daylights out of enemies, so they made the code as simple as possible.

Here’s how it happened:

In 1962 JFK signed the National Security Action Memorandum 160, which was supposed to ensure that every nuclear weapon the US had be fitted with a Permissive Action Link (PAL), basically a small device that ensured that the missile could only be launched with the right code and with the right authority.

There was particularly a concern that the nuclear missiles the United States had stationed in other countries, some of which with somewhat unstable leadership, could potentially be seized by those governments and launched. With the PAL system, this became much less of a problem. (source)

The system was designed to be incredibly difficult to bypass, with the hacking of it once described as “about as complex as performing a tonsillectomy while entering the patient from the wrong end.“

So, since it was hackproof, the decision was made to provide the incredibly simple launch code.  And, if the button pusher was in a panic because, oh, they were about to NUKE AN ENTIRE COUNTRY (!!!), and they forgot the code, it was written down on a handy checklist kept near the device.

Dr. Bruce G. Blair, a Minuteman Launch Officer between the years of 1970-1974, has written several articles about the command and control systems that were in place. One of those papers was called Keeping Presidents in the Nuclear Dark.  In it, he wrote about the mindboggling simplicity that stood between the world and nuclear annihilation.

…Strategic Air Command ‘remained far less concerned about unauthorized launches than about the potential of these safeguards to interfere with the implementation of wartime launch orders.’

Incredibly, he also writes that the vital combination for America’s nuclear deterrent was even helpfully noted down for the officers.

‘Our launch checklist in fact instructed us, the firing crew, to double-check the locking panel in our underground launch bunker to ensure that no digits other than zero had been inadvertently dialed into the panel,’ Dr Blair wrote. (source)

Dr. Blair spent years trying to alert the military to the serious security problems inherent in the 00000000 codes, among other issues.  Fortunately for the world, he was finally successful in 1977.

Dr. Blair had previously made waves in 1977 when he wrote another article entitled “The Terrorist Threat to World Nuclear Programs“.  He had first attempted to communicate the serious security problems at the nuclear silos to congressmen starting around 1973. When that information fell on mostly deaf ears, he decided to outline it for the public in this 1977 article where he described how just four people acting in tandem could easily activate a nuclear launch in the silos he had worked in. Further, amongst other things, the PAL system McNamara had touted was barely in operation and thus launches could be authorised by anyone without Presidential authority.  He also noted how virtually anyone who asked for permission to tour the launch facility was granted it with little to no background checks performed. It is, perhaps, not coincidence that the PAL systems were all activated and the codes changed the same year this article was published. (source)