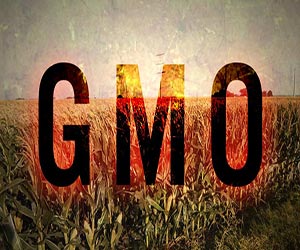 China recently rejected 60,000 tons of corn being imported into the country from the United States when it was found to be contaminated with Syngenta’s MIR162, an insect-resistant strain of transgenic corn.

It seems MIR162 is not authorized in China, and the batch was returned according to regulations regarding genetically modified imports into the country.

This strain of Bacillus thuringiensis (or Bt) corn is only approved for food and/or feed in 11 countries throughout the world; the first country it was approved for human consumption in was the U.S., back in 2008.

So basically China — a country that had one of the worst food contamination scandals in history when tainted baby formula killed 6 infants and hospitalized 54,000…where one in three toys produced is filled with toxic heavy metals like lead that can cause brain damage…a nation with appalling levels of air pollution, bad to the point that the country has officially asked its foreign embassies to stop publishing data on it because it doesn’t want the world to know just how atrocious it is…a nation where mass animal die-offs in the tens of thousands are the norm…a country where the third longest river in the world actually turned blood red likely due to toxic run off…a country widely known for abusive working conditions in its factories and listed among the worst in the world for human trafficking/modern slavery… a country with government forced abortions daily due to a barbarous one-child policy, the kind where a mother is given an injection to kill her baby at seven months pregnant because she can’t come up with the $6,000 fine for violating said policy, who is then made to wait next to her baby’s lifeless body in her jail cell where she delivered him stillborn…China, home of the Tiananmen Square Massacre…

China has not approved this corn to be served up to its population and actually rejected and returned the entire 60,000-ton batch.