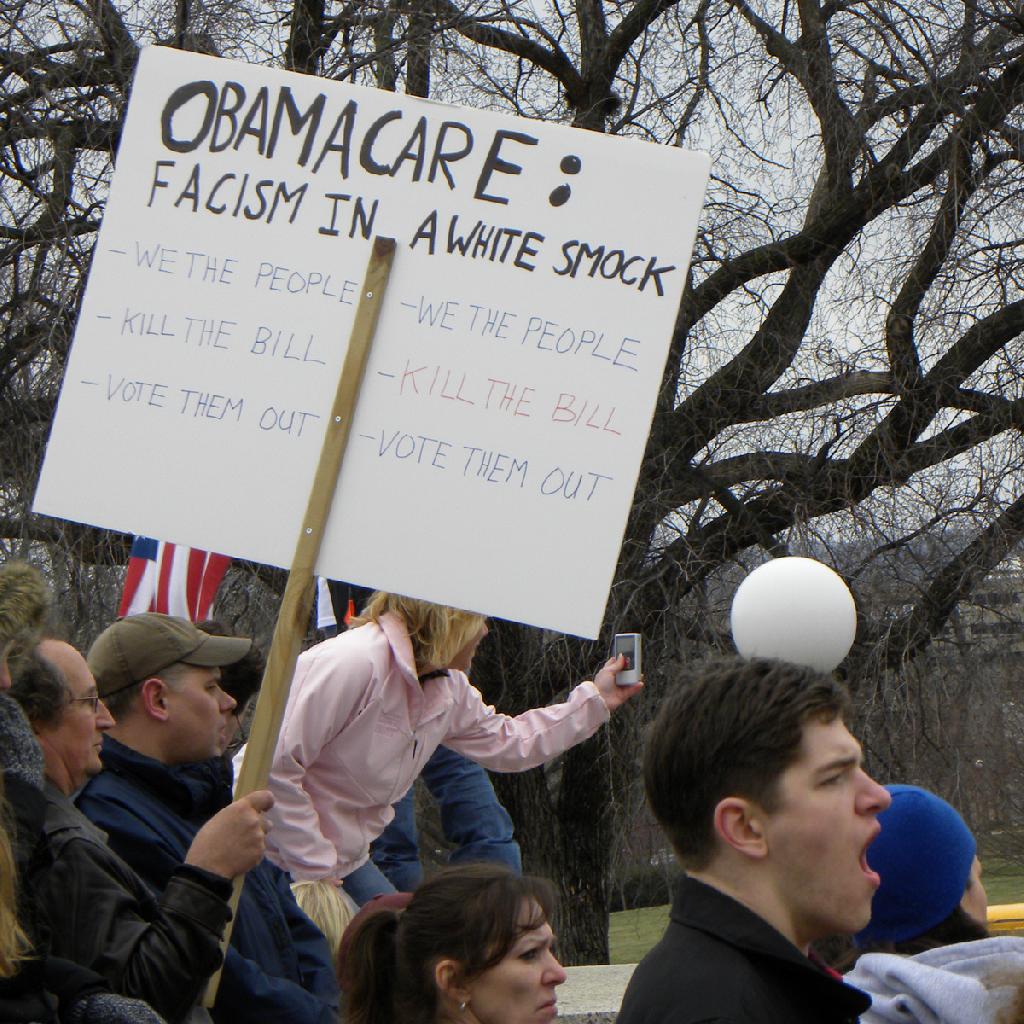 We’ve heard the horror stories about Obamacare. We know the road we are on to a single payer system, which is socialized medicine. We’ve seen the disaster that is the Obamacare website and we’ve seen how Obama has lined the pockets his wife’s friends and campaign donors that built it and continues to pay them money to fix what they were paid to create, that still doesn’t work. We’ve seen people lose their doctors and their insurance plans. We’ve seen premiums rise and we’re going to see tax increases to pay for the subsidies of Obamacare, not to mention billions of taxpayer dollars being spent that we weren’t even told about after the law was passed. Now, a pro-Obamacare group, the Robert Wood Johnson Foundation, is paying $1 million to Families USA, a non-profit healthcare advocate organization to distribute pro-Obamacare stories of success. In other words, they will be engaging in propaganda.

According to Ron Pollack, Executive Director of Families USA, “The purpose is to bridge the information gap for people who can significantly benefit from the Affordable Care Act. Too many people who can benefit enormously are unaware of it.”

Unaware, or don’t want it? That is the question. According to a Pew poll, released this week, nearly two-thirds of the American public knew there was an insurance exchange available in their state.

Families USA has received a $1 million grant from the Robert Wood Johnson Foundation, which it will use to collect and distribute to the media personal stories of those who have benefited from the new health insurance exchange rolled out by the Obama Administration October 1. The announcement is good news for the President, who has been widely criticized for the horrible launch of the online marketplace healthcare.gov.

Families USA, a national nonpartisan nonprofit organization that calls itself “The Voice for Health Care Consumers,” has been helping journalists find health care stories for decades. They found stories before the ACA was enacted in 2010 to show how the bill could prove beneficial, and have since collected stories of beneficiaries, like the young adult who can now stay on their parents’ health care plan and the consumer with a pre-existing condition who now can buy insurance.

The unsolicited donation will “significantly expand” the story bank, which is already over 950 strong, Pollack says, and allow the organization and its partner GMMB, a communications firm, to hire six new positions in Washington, DC. Pollack says that Families USA will be providing new stories for the media and others who are interested “before the month is over.” “We have a bunch of stories that are in the hopper for vetting,” adds Pollack.

Several things are disturbing here. First, the fact that two-thirds of the American public don’t even know what is going on with Obamacare should indicate that two-thirds aren’t that interested in it to begin with, which would then indicate that it was never a really serious issue in the first place.

Second, while TIME did mention the cost of the Healthcare.gov website to taxpayers, though I think it is seriously underestimated according to previous reports, the real issue is not a working website, but forcing people to buy a product that they don’t want or need. On top of that an unconstitutional law that did not originate in the House of Representatives.

Primarily Pollack and the media are looking to clean up the stigma of the reputation of the Obamacare website.

“Hopefully when it gets fixed we’ll have a whole lot more stories to vet,” said Pollack. “The pool of people that we can work with is smaller than it otherwise would be, but we’re expecting that will grow significantly in the weeks ahead” as the problems are fixed, said Pollack.

Pay attention there as you can bet that the Obama administration is behind all of this. Pollack speaks of “more stories to vet.” I’ll bet we’ll end up having to vet their “vetted” stories.

Finally, keep in mind that the Washington Post reported back in October that “Congress decided to establish a network of nonprofit insurance companies aimed at bringing competition to the marketplace.”

However, though their intentions were good, many of these non-profits are already in trouble. According to WaPo, “One co-op, however, has closed, another is struggling, and at least nine more have been projected to have financial problems, according to internal government reviews and a federal audit.”

What does that mean for taxpayers? It could put us on the hook for nearly $1 billion in defaulted loans and end up pulling competition from the marketplace, but it gets even better for policyholders. Should these co-ops become insolvent, WaPo says “policyholders in at least half the states where the co-ops operate could be stuck with medical bills.”

Things have become so bad with Obamacare, that even Barack Obama doesn’t want to associate his name with his signature piece of legislation. Families USA, the Robert Wood Johnson Foundation, and other organizations like them want to take the focus off of the disaster that is taking place and are attempting to put lipstick on the Obamacare pig and in the end, it will be taxpayers who pay for this little charade.