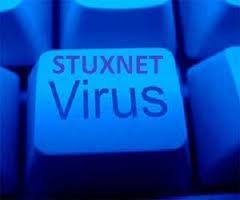 Mossad has teamed up with Saudi Arabian computer experts to develop a malware worm far more destructive than Stuxnet. The aim is to target the Iranian nuclear program.

A source close to the Iranian Fars news agency has reported:

The problem with computer viruses is that they rarely end up staying with the initial target. Like human viruses, they always seem to find a way out and the infection spreads rapidly to others…in this case other computers that may not even be located in Iran.

The question has to be asked,  if the virus did get into other computers what the effect would be? Would it for example, have an effect on nuclear facilities in the United States? Could we find ourselves having an unexpected meltdown at one of our plants?

With increasing tensions between the United States and Israel, trying to talk Netanyahu out of such a thing would most likely be futile. The Israeli prime minister has made it quite clear he will do whatever he sees fit to prevent the Iranians from enriching uranium. Unlike most politicians, it appears that on this occasion, at least, he is a man of his word.