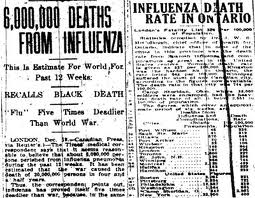 An Indonesian resident in Hong Kong has become the islands first H7N9 bird flu victim. The woman who is 36 years old is in isolation and is in a critical condition.

She recently traveled to Shenzhen on the mainland and had contact with live poultry.

The World Health Organization has said that although:

“There is no evidence of sustained human to human transmission, H7N9 is an unusually dangerous virus.”

“…has a history of travelling to Shenzhen, buying a chicken, slaughtering and eating the chicken”.

“She is now in critical condition at Queen Mary Hospital, four people in close contact with her were showing signs of flu-like symptoms.”

H7N9 was first identified in April and has sickened 139 people since then, killing 45 of them. Scientists fear that the virus will have much more effect this winter when influenza outbreaks are far more common.

As well as posing a threat in its own right, it’s the ability of flu viruses to mix and mutate which is causing doctors to worry about the pandemic potential of H7N9.

If a person with regular seasonal flu comes into contact with someone who has H7N9 the potential for genetic mixing and mutation is high. Seasonal flu is highly contagious, and that could well give H7N9 the chance to spread rapidly through the population.

On average the world has a pandemic every 30-40 years. The last one, in 2009 let us off lightly, it was a mild disease, and this greatly limited the deaths that occurred. Even though the death rate was higher than was originally thought, it comes nowhere near other pandemics that have occurred.

There have been other pandemics that people barely remember:

Swine flu (H1N1) had some characteristics of the Spanish influenza that swept around the world in 1918-1920 and scientists believe it was this that made the outbreak much milder than was first anticipated. Every flu we encounter as we move through life leaves a mark, our bodies produce antibodies to fight the condition the next time we encounter it.

It’s thought that some of this deferred immunity was passed down through the generations giving large numbers of the population enough deferred immunity to produce the antibodies required to fight the disease when a new form of it appeared in 2009.

The so-called Spanish flu pandemic in 1918-1920 sickened half the global population and killed tens of millions it was so virulent. It had never occurred in humans before and therefore no one had any immunity to it.

The same can be said for H7N9. It’s a disease that’s new to humans, and therefore we have no immunity to it. All though it doesn’t have is the ability to pass from human to human easily and regularly, seasonal flu could quite easily provide it with the transmissibility it currently lacks.