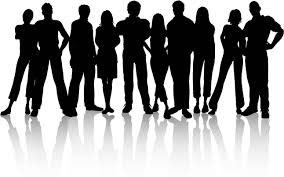 The little elderly woman in line behind you at the grocery store. The clean-cut businessman having lunch at the table next to you. The young mother playing with her children at the park.

You never know who holds a permit-to-carry a handgun.

As of Nov. 1, 2013, there are nearly 160,000 permit-to-carry holders in Minnesota. Members of the Twin Cities Gun Owners and Carry Forum wanted to reassure the larger, non-carrying public that they do not pose a safety risk, so they created a video to show the “real face” of permit-to-carry holders in the state. The following statement from their website explains their desire to raise awareness:

As the number of permit holders grows exponentially and they become more visible and prevalent in society, including right here in the Twin Cities, it’s more important than ever to share facts, information and education about Minnesota’s right-to-carry law and about who permit holder are to correct misconceptions and stereotypes. Permit holders are moms and dads, sons and daughters. Permit holders are your neighbors, co-workers, friends and relatives. Minnesota’s permit holders have received required training and have passed a criminal background check. Minnesota Dept. of Public Safety statistics have demonstrated that permit holders are far less likely than the general population to commit crimes, even minor crimes such as traffic violations.

Twin Cities Gun Owners & Carry Forum produced the video with the help of Kevin Vick, the owner of Crucible Arms. It features testimonials from permit holders talking about why they carry firearms in public. “We are amongst you. We … come from all walks of life,” said Vick. “And we are carrying only, completely in a defensive nature.”

“We just make it very, very clear that there’s a significant delineation between the criminal element that’s involved in gun crime and peaceable citizens who lawfully carry everyday and hurt no one,” said Vick.