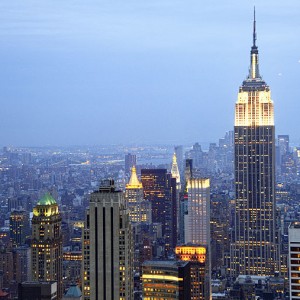 The too big to fail banks have a larger share of the U.S. banking industry than they have ever had before.  So if having banks that were too big to fail was a “problem” back in 2008, what is it today?  As you will read about below, the total number of banks in the United States has fallen to a brand new all-time record low and that means that the health of the too big to fail banks is now more critical to our economy than ever.  In 1985, there were more than 18,000 banks in the United States.  Today, there are only 6,891 left, and that number continues to drop every single year.  That means that more than 10,000 U.S. banks have gone out of existence since 1985.  Meanwhile, the too big to fail banks just keep on getting even bigger.  In fact, the six largest banks in the United States (JPMorgan Chase, Bank of America, Citigroup, Wells Fargo, Goldman Sachs and Morgan Stanley) have collectively gotten 37 percent larger over the past five years.  If even one of those banks collapses, it would be absolutely crippling to the U.S. economy.  If several of them were to collapse at the same time, it could potentially plunge us into an economic depression unlike anything that this nation has ever seen before.

Incredibly, there were actually more banks in existence back during the days of the Great Depression than there is today.  According to the Wall Street Journal, the federal government has been keeping track of the number of banks since 1934 and this year is the very first time that the number has fallen below 7,000…

The number of federally insured institutions nationwide shrank to 6,891 in the third quarter after this summer falling below 7,000 for the first time since federal regulators began keeping track in 1934, according to the Federal Deposit Insurance Corp.

And the number of active bank branches all across America is falling too.  In fact, according to the FDIC the total number of bank branches in the United States fell by 3.2 percent between the end of 2009 and June 30th of this year.

Can you guess where most of the bank branches are being closed?

If you guessed “poor neighborhoods” you would be correct.

According to Bloomberg, an astounding 93 percent of all bank branch closings since late 2008 have been in neighborhoods where incomes are below the national median household income…

Banks have shut 1,826 branches since late 2008, and 93 percent of closings were in postal codes where the household income is below the national median, according to census and federal banking data compiled by Bloomberg.

It turns out that opening up checking accounts and running ATM machines for poor people just isn’t that profitable.  The executives at these big banks are very open about the fact that they “love affluent customers“, and there is never a shortage of bank branches in wealthy neighborhoods.  But in many poor neighborhoods it is a very different story…

About 10 million U.S. households lack bank accounts, according to a study released in September by the Federal Deposit Insurance Corp. An additional 24 million are “underbanked,” using check-cashing services and other storefront businesses for financial transactions. The Bronx in New York City is the nation’s second most underbanked large county—behind Hidalgo County in Texas—with 48 percent of households either not having an account or relying on alternative financial providers, according to a report by the Corporation for Enterprise Development, an advocacy organization for lower-​income Americans.

And if you are waiting for a whole bunch of new banks to start up to serve these poor neighborhoods, you can just forget about it.  Because of a whole host of new rules and regulations that have been put on the backs of small banks over the past several years, it has become nearly impossible to start up a new bank in the United States.  In fact, only one new bank has been started in the United States in the last three years.

So the number of banks is going to continue to decline.  1,400 smaller banks have quietly disappeared from the U.S. banking industry over the past five years alone.  We are witnessing a consolidation of the banking industry in America that is absolutely unprecedented.

Just consider the following statistics.  These numbers come from a recent CNN article…

-The assets of the six largest banks in the United States have grown by 37 percent over the past five years.

-The four largest banks have more than a million employees combined.

-Bank of America accounts for about a third of all business loans all by itself.

-Wells Fargo accounts for about one quarter of all mortgage loans all by itself.

-About 12 percent of all cash in the United States is held in the vaults of JPMorgan Chase.

As you can see, without those banks we do not have a financial system.

Our entire economy is based on debt, and if those banks were to disappear the flow of credit would dry up almost completely.  Without those banks, we would rapidly enter an economic depression unlike anything that the United States has seen before.

It is kind of like a patient that has such an advanced case of cancer that if you try to kill the cancer you will inevitably also kill the patient.  That is essentially what our relationship with these big banks is like at this point.

Posted below are the figures for the four banks that I am talking about.  I have written about this in the past, but in this article I have included the very latest updated numbers from the U.S. government.  I think that you will agree that these numbers are absolutely staggering…

Let them sink in for a moment.

Goldman Sachs has total assets worth approximately 113 billion dollars (billion with a little “b”), but they have more than 43 TRILLON dollars of total exposure to derivatives.

That means that the total exposure that Goldman Sachs has to derivatives contracts is more than 381 times greater than their total assets.

Most Americans do not understand that Wall Street has been transformed into the largest casino in the history of the world.  The big banks are being incredibly reckless with our money, and if they fail it will bring down the entire economy.

When that Ponzi scheme finally comes crumbling down, there won’t be enough money on the entire planet to fix it.

The too big to fail banks were in the headlines every single day and our politicians promised to fix the problem.

But instead of fixing it, the too big to fail banks are now 37 percent larger and our economy is more dependent on them than ever before.

And in their endless greed for even larger paychecks, they have become insanely reckless with all of our money.

Mark my words – there is going to be a derivatives crisis.

When it happens, we are going to see some of these too big to fail banks actually fail.

At that point, there will be absolutely no hope for the U.S. economy.

We willingly allowed the too big to fail banks to become the core of our economic system, and now we are all going to pay the price.