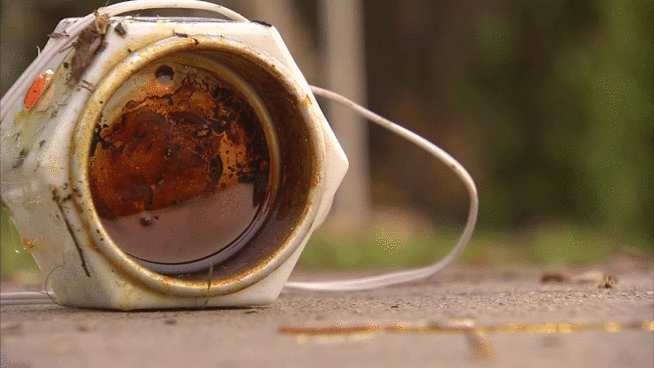 A Dallas woman waxed a would-be thief who pulled a knife on her and demanded her bag and money.

Teresa Mendez was walking home on Sunday night when the man approached her. She told him she didn’t have any money or a purse with her, so he went for her bag.

Mendez is a beautician and the bag she was carrying was full of supplies from her salon.

She attempted to fight off the man with a pair of scissors she had in the bag, but that didn’t work.

The only other potential weapon she had in her bag was a container of scalding hot wax, so she threw it at his face.

Mendez said the man – with skin peeling – ran to his getaway car and fled the scene with two other men.

“He thought he could scare her, and she doesn’t scare,” he said.

The police report describes the perp as a black male. Mendez and her husband told NBC DFW that “with a scalded face” should be added to that description.