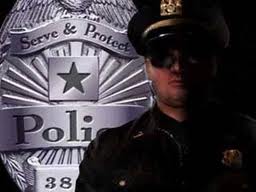 An Arkansas cop drove while drunk and crashed his patrol car, and three fellow officers helped him cover it up.

Walker sent a text message to Redmon, urging him to say Walker had been at his house but had not consumed alcohol, according to a letter signed by Sheriff Tim Helder on Nov. 19. Redmon received a two-day suspension and a written reprimand for neglecting to report the text. He is also accused of “previously buying and transporting alcohol in our county assigned vehicle and driving it after having consumed alcohol.”

Documents obtained from the county attorney’s office show that at 4:55 a.m., administrators were notified that Walker’s Chevrolet Tahoe patrol vehicle had run off the road and into a fence.

Walker contacted an on-duty deputy and said he fell asleep at the wheel.

Sheriff Tim Helder said that the two officers who investigated the crash knew Walker had been drinking, but never came forward. “This one had red flag after red flag,” he said.

The first red flag was the dashcam video that was manually turned off when the investigating officers arrived.

Walker was not tested for alcohol in his system until 10 hours after the accident happened, after a county human resources officer said the test needed to be done. The documents state Maj. Rick Hoyt did not realize “he was required to send Walker to the occupational health clinic for a urinalysis. This was a matter of county policy.”

The alcohol test showed Walker’s alcohol content to be 0.005 percent, which is a trace amount. After the test, Walker admitted to Hoyt he had been drinking prior to the accident.

Deputies Scott Hammersla and Jacob Waggoner were found to have violated department policy for their role in the cover up. Both officers have resigned, and a third deputy is being investigated for his involvement.

As if an officer driving drunk in his PATROL CAR and other officers helping him cover up his dangerous behavior isn’t bad enough, the documents reveal that Walker had driven his marked patrol car in uniform while intoxicated at least five times:

Lt. Scott Young with the Washington County Sheriff’s Office said this was not the first time. “Waggoner was surprised to learn from us that Walker had driven his marked vehicle, in uniform, while intoxicated at least five times prior to the Sept. 18 incident.”

4029TV obtained the dash cam footage, which can be seen in their report:

Walker resigned, but so far, no charges against him have been announced. Wouldn’t an “average” citizen be charged with DUI, at the very least?