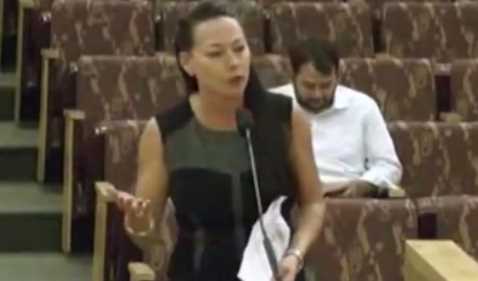 After making her wait 8 hours, the Clark County Commission decided to hear Daphne Lee speak against the NDAA in Clark County, NV. What followed was one of the most powerful public comments in history.

The PANDA (People Against the NDAA) Mission Statement:

Our Mission is to nonviolently defeat, strike down, repeal, stop, void and fight the indefinite detention provisions, Sections 1021 and 1022, of the National Defense Authorization Act for the Fiscal Year of 2012, to fight for American civil liberties, to combat laws restricting liberty in the interest of National Security, to support current government officials that are doing so and to engage a younger generation in the politics of the United States so this cannot happen again.

(H/T to From the Trenches World Report)