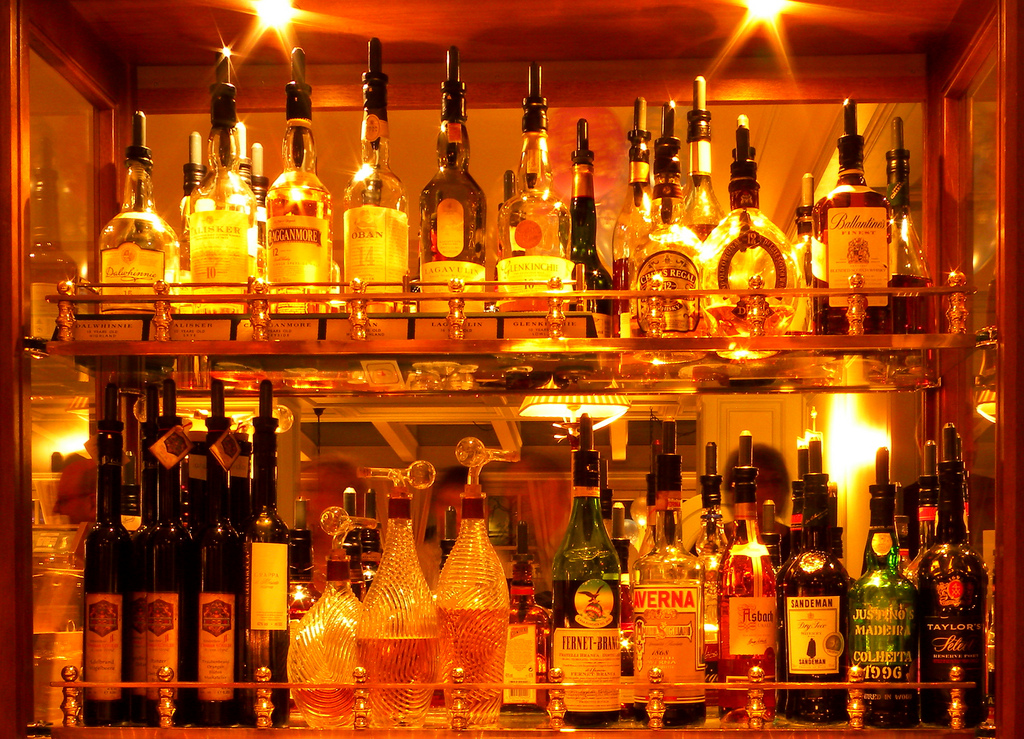 As if the government doesn’t do a lot of wasteful spending as it is, Jim McElhatton of the Washington Times reported that the United States State Department spent nearly $180,000 of taxpayer money to stock embassy liquor cabinets in September, just prior to the shutdown, which just so happened to revolve around spending. This was nearly half of the total spent on liquor by the State Department for the year.

The liquor bill, split among purchase orders placed at embassies around the world, included some major last-minute pre-shutdown splurges:

While booze has been served under various administrations, whether in good times or bad, McElhatton points out that the tab for alcohol has gone up sharply since 2008.

While we are talking hundreds of thousands of dollars, which is a drop in the bucket of the larger expense of the federal government, it is still really big money to you and me, right? Tell me American taxpayer, are you OK with your indebted federal government more than tripling spending on liquor as you struggle for a job, or to make ends meet?

The State Department issued a statement to the Times, which read in part, “it would be an oversimplification to look at a subset of purchases made by embassies overseas and draw a conclusion about the department’s operational priorities at the time.”

“The United States wishes to make the best impression in its dealings with foreign governments and other groups and carries out lawfully its representational activities, including its diplomatic receptions, in as effective and as culturally appropriate a manner as possible,” the statement read.

“The department also does so fully mindful of its duties as the steward of the public resources entrusted to it.”

Uh huh, sure you do.

I’m more in line with Dave Williams of the nonprofit Taxpayers Protection Alliance, a government watchdog group, who thinks like most responsible Americans do. He pointed out that the shutdown was just days away when nearly $200,000 of taxpayer money was spent in order to meet the fiscal year-end deadline.

“This is what taxpayers don’t understand,” Williams said. “You have a looming government shutdown but then you have a ‘use-it-or-lose-it’ mentality where someone is spending tens of thousands of dollars because they have to.

“If you’re a family or a business and you’re getting ready for a potential loss of revenue, the first thing you do is get rid of the parties,” he added. “It’s symbolic.”

Personally, I don’t have an issue with being diplomatic. However, offering extravagancies like this seem to be way beyond the purview of what we should be looking at when we are carrying so much debt. In fact, it seems incredibly irresponsible in light of the silliness that went on during the shutdown: closing the ocean, shutting down inns, kicking people out of their homes, closing war memorials and kicking veterans out of open air memorials.

Incidentally, some of the embassies didn’t receive booze for diplomatic gestures, but opted for other things. $7,300 was spent on the Athens embassy for books by photographer Ansel Adams. Seriously? Was that necessary? In Tokyo, $50,000 was spent on boxes of chocolates while $22,000 was spent on wine a week before the shutdown.

Don’t forget that following the shutdown, this is the same State Department that awarded a contract to Simon Pierce for $5 million to create crystals and barware for US embassies.

I seriously think new representation is needed in Washington, and a gutting of the federal spending monstrosity needs to take place pronto. It’s up to us, the people, to make sure these political fat cats are removed from the halls of government. The question is, are we going to do that or just accept it as the norm? After all, it’s only your money they are partying with.