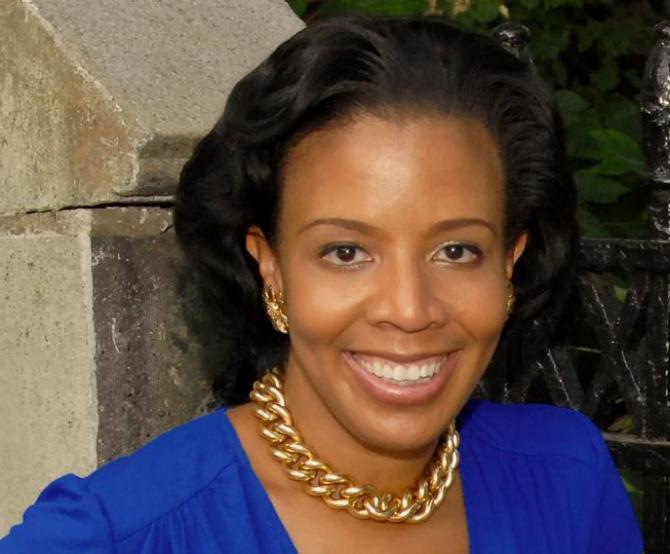 Laurie Cumbo, New York City Councilwoman-elect and ally of newly elected mayor Bill de Blasio, just outed herself as an anti-Semite. In a 1,200 word Facebook post, she wrote that the “knockout game” violence stems from growing concern about Jewish influence. Cumbo is the councilwoman elect from the Brooklyn neighborhood of Crown Heights. To imply that this vicious and deadly “game” stems from racial tension, from blacks fearing Jews, is outrageous and dangerously anti-Semitic. It does not address the root of the problem, which is racial targeting by blacks, with the designated targets being Jewish. Other people have been seriously injured, even killed. It’s racist all right, but Cumbo has it reversed.

NYC Councilwoman elect Laurie Cumbo is playing a dangerous game. She’s a black woman who is about to represent the Brooklyn neighborhood of Crown Heights, an area where there have been numerous reported victims of the “knockout” game. On November 9th, a 19-year-old Hasidic Jewish man was a victim of the random attacks by a mob of eight blacks, and on November 10th, a 78-year-old Jewish woman was a another victim.

As of December 3rd, there have been at least ten Jewish victims of the “knockout game.” There is a possibility that there are many more victims. However, there is little mention of the perpetrators. Some have been apprehended, but since the attacks happen so fast and at random, catching the perpetrators is difficult. As Laurie Cumbo explains, “It’s the Jews’ fault.” The black knockout thugs fear oppression from Jews. The rampant antisemitism in this assertion is shocking and could spark more violence in the area.

“Many African-American/Caribbean residents expressed a genuine concern that as the Jewish community continues to grow, they would be pushed out by their Jewish landlords or by Jewish families looking to purchase homes,” Cumbo wrote. ”I respect and appreciate the Jewish community’s family values and unity that has led to strong political, economic and cultural gains… While I personally regard this level of tenacity, I also recognize that for others, the accomplishments of the Jewish community triggers feelings of resentment, and a sense that Jewish success is not also their success.”

She is saying that blacks in Brooklyn fear being pushed out of their homes by a “growing Jewish population.” This should make blood boil in New York City. Random attacks, where people are sucker punched and sent falling to the pavement, often knocked out cold or killed, is the victim’s fault. The victims have been predominately Jewish. They are out walking, minding their own business, and then they are blindsided by a punch. This is the very definition of racist cruelty. The game is called “Get The Jew.” What more needs to be said?

Crown Heights, the Brooklyn neighborhood Cumbo represents, is a mostly black community with a large Hasidic Jewish minority. It was also the scene of a deadly anti-Jewish riot in 1991 after a limousine driven by a Hasidic man accidentally killed a black child.

Have Jews been rioting in Brooklyn, knowing that they are being targeted by the thugs instigating the “knockout” game? No, they haven’t. Blacks protested the Tryavon Martin shooting in Sanford, FL. The Trayvon Martin shooting was a self-defense shooting, but was deliberately portrayed as a racial hate crime. However, when blacks are the perpetrators, the whole narrative changes. If blacks were being targeted in the “knockout game,” there would be riots in the streets of epic proportions. The double standard is mind-boggling.

“I don’t know where the wild dream is coming from that Jewish people want to kick African-Americans out of their houses…but it’s definitely not coming from the Jewish community,” Rabbi Chanina Sperlin, a longtime community leader, told DNAinfo.

To blame the victims for such a crime is morally reprehensible. Where’s the accountability for the perpetrators? In this situation, with the targets being Jews, it is also racist. This is the definition of a hate crime. Anti-Semitic beliefs are wrong. There is never an excuse or reason for any person to be anti-Semitic. This sentiment led to Hitler’s rise and the Holocaust. The concern is that under Communist and jihadist supporting Bill de Blasio that NYC will become a hostile place for Jews to live. This anti-Israeli view opens the door for Islamic jihadists. Not that this country isn’t already there. But blaming Jews for crimes committed against their person is an affront to everything Americans and Christians stand for. This should not be tolerated under any circumstance.