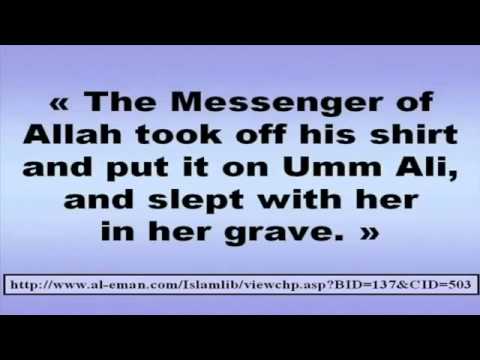 Sweden is in full surrender to sharia, dying for its apathy and accommodation to the horrors of Islam. According to authorities, a 34-year-old Somali Islamist, who violently raped a dying Swedish woman and continued to rape her dead body, will not be deported.

On September 27th, 2013 the man in question, along with another man, violated a Swedish woman in a garage in Stockholm. The woman slipped into an unconscious state during the attack, but was not dead at the beginning of the attack. She was actively dying, no doubt due to the extreme trauma she was under. However, she died during the rape. The vile, vicious Somali continued violating the woman even after she died. This man, who should be put to death for such brutality, will not even face deportation. Politically correct Sweden will succumb to jihad.

The woman who died at the hands of a violent Islamic rapist is not named, but her story leaves a lasting imprint on the psyche. This woman was dead, and the Somali Islamist savage desecrated her body anyway. Prosecutors determined that the woman in question had died during the brutal attack, and that the Somali illegal immigrant continued with the rape. When found, he was engaging in anal rape of a dead woman. This is necrophilia, one of the most perverted and disgusting crimes known to man. Sex with the dead is unspeakable. Continuing to rape a woman who died during the violent attack is like throwing extra kerosene on an already set blaze. It is that brutal.

It was early in the morning of 27 September. Police received an alarm that the two men were having intercourse with a woman who was completely unconscious on the floor of a parking garage under the Sheraton Hotel in Vasagatan in Stockholm.

The police caught the 34-year-old Somali Islamist in the act of brutally violating a corpse. What was he arrested for? It doesn’t get more disgusting than this, but in Sweden one must not assume the man was guilty of murder.

The man was arrested by police and detained two days later by the Stockholm District Court, on suspicion of aggravated rape. The prosecutor had asked for him to be arrested for murder, but the district court found that the evidence for the suspicion was not strong enough.

There was not enough “evidence” to suggest that the violent attack, which was still going on when police arrived, was not murder. It was just aggravated rape. This is a complete miscarriage of justice already. This was a murder.

Now the 34-year-old is charged with rape and crimes against the peace of the grave. According to the indictment, the woman was alive but helpless on the ground, such as from the influence of drugs and alcohol.

The “[34 year old] has … performed sexual acts after [the woman] had died and therefore certainly affronted the body of [the woman],” the prosecutor in that part of the description of the act relating to the crime of disturbing the peace of the grave.

This is ridiculous. The woman had minute traces of alcohol, cocaine, and prescription drugs in her body. But she was not dead at the time of the rape. The Somali Islamist claims the act was consensual. So the man in this consensual act continues to rape the woman after she is dead? This is depraved, but the Swedish judicial system is blind to the truth. They don’t see this monster for what he is. Prosecutor Daniel Jonsson cited the death as an “abuse-related accident.” Is this some kind of a sick joke?

This Somali Islamist was also implicated in an earlier rape on August 13th. He is not a Swedish citizen. He is an illegal Somali immigrant with a lengthy criminal record. Why not send the sadist back to Somali after he spends time in prison? That is, if he does go to prison. The Swedes wouldn’t want to be “Islamophobic” even though the rape rates in Sweden have increased ten fold since the influx of Islamists.

In the first seven months of 2013, over 1,000 Swedish women reported being raped by Muslim immigrants in the capital city of Stockholm. Over 300 of those were under the age of 15.

This is just one statistic. But if fits the pattern of a full-blown Islamic invasion. Rape is common place. But prosecutors of the multi-cultural Sweden do not feel that the Somali Islamic rapist of a dead woman deserves deportation.

Prosecutor Daniel Jonsson has chosen not to make any demand for deportation. “There is a rule that says if you have had permanent residence for more than four years, it takes something very unusual in order to expel anyone. I am of the opinion that the man has lived here for so long and has had a residence permit for so long that we cannot get him expelled,” says Daniel Jonsson to Friatider.

When Free Times asks if he, Jonsson, in light of the risk that the 34-year-old will commit more rapes in Sweden, still does not feel he has a responsibility to try and get the man deported, he answers no. “I do not understand why a Somali woman would be worth less than a Swedish woman in this context. He would be as likely to commit crimes there if he was deported.

Here in lies the problem. Sweden has caved to Sharia. This Somali Islamist is not a citizen, but not a candidate for deportation. Not only that, Jonsson is justifying the non-action in pursing deportation because the life of a Somali woman is not worth less than that of a Swedish woman. This makes no sense, but in progressive Sweden it makes all the sense in the world. This man will continue to rape, as is permissible in the Quran. What’s not to get? Sweden has officially been slayed by Islam.