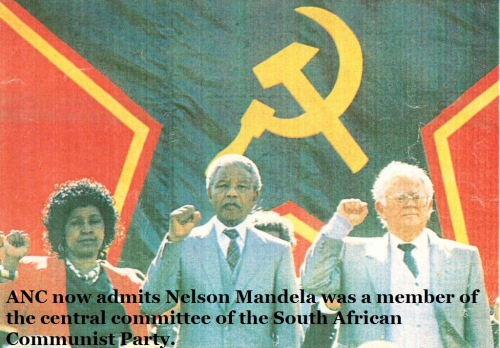 Nelson Mandela’s death on Thursday, Dec. 5, 2013, at age 95, triggered a tsunami of praise and accolades across the world — from politicians, the media, Hollywood, and even the Pope.

In a telegram to South African President Jacob Zuma, Pope Francis paid tribute to Nelson Mandela, praising Mandela for his “steadfast commitment … in promoting the human dignity of all the nation’s citizens and in forging a new South Africa built on the firm foundations of non-violence, reconciliation and truth”.

Alas, the unborn are not included in “all the citizens” of South Africa whose “human dignity” Mandela promoted.

The death of South African former President Nelson ‘Madiba’ Rolihlahla Mandela on Thursday has led to an outpouring of glowing praise for the man most known for ending apartheid – a system of racial segregation. However, pro-life leaders have warned that praise from Christian leaders is inappropriate given Mandela’s role in bringing abortion-on-demand and homosexual “marriage” to South Africa.

According to official statistics, nearly a million unborn children have been killed in South Africa since President Mandela signed legislation in 1996 permitting abortion on demand two years after taking office. Same-sex ‘marriage’ was legalized in 2006, with Mandela having supported it long before its passage.

In the face of praise for Mandela coming even from Catholic leaders all over the world,  Paul Tuns, the editor of the Canadian pro-life newspaper The Interim, wrote, “A little balance is necessary in our reaction to the man who fought one injustice, but helped institute another.”

Similarly England’s John Smeaton, President of the Society for the Protection of Unborn Children (SPUC) commented on his blog saying, “It is absolutely vital that Catholic leaders do not allow themselves to becomerespecters of persons, swept away by personality cults. Catholic leaders have a duty to stand up to public figures with anti-life and anti-family records, however praiseworthy their record may be on other issues.”

[…] It was 1996 when Mandela signed into law one of the world’s most pro-abortion laws. Passage of the “Choice on Termination of Pregnancy Bill” was assured since Mandela’s African National Congress (ANC) refused its members a free vote on the issue of providing state-funded abortion on demand.

The same year, Mandela’s new constitution made South Africa the first country to place “sexual orientation” alongside race and religion as a restricted grounds for discrimination – something that paved the way for homosexual ‘marriage’ a decade later.

Smeaton quotes from a book of quotations from Mandela noting his statement on abortion: “Women have the right to decide what they want to do with their bodies.” In addition to his promotion of abortion, homosexuality, contraception and close ties to Communism, Smeaton notes Mandela’s formation of ‘The Elders” as a cause for concern.

In 2007, Mandela announced ‘The Elders’ as a global council of retired world leaders who would give behind the scenes advice and direction to government officials and rulers around the world. The proposal was received by pro-life leaders as being of great concern since its membership formed a ‘who’s who of the pro-abortion and pro-population-control movements.”

While during his life, Mandela denied being part of the communist party despite his friendly interaction with communist world leaders, the African National Congress revealed today that Mandela was in fact a high-ranking member of the Communist Party.

“Madiba was also a member of the South African Communist Party, where he served in the Central Committee,” said the ANC release.

See also “Nelson Mandela was no saint but a Black racist who wanted to kill all whites.”