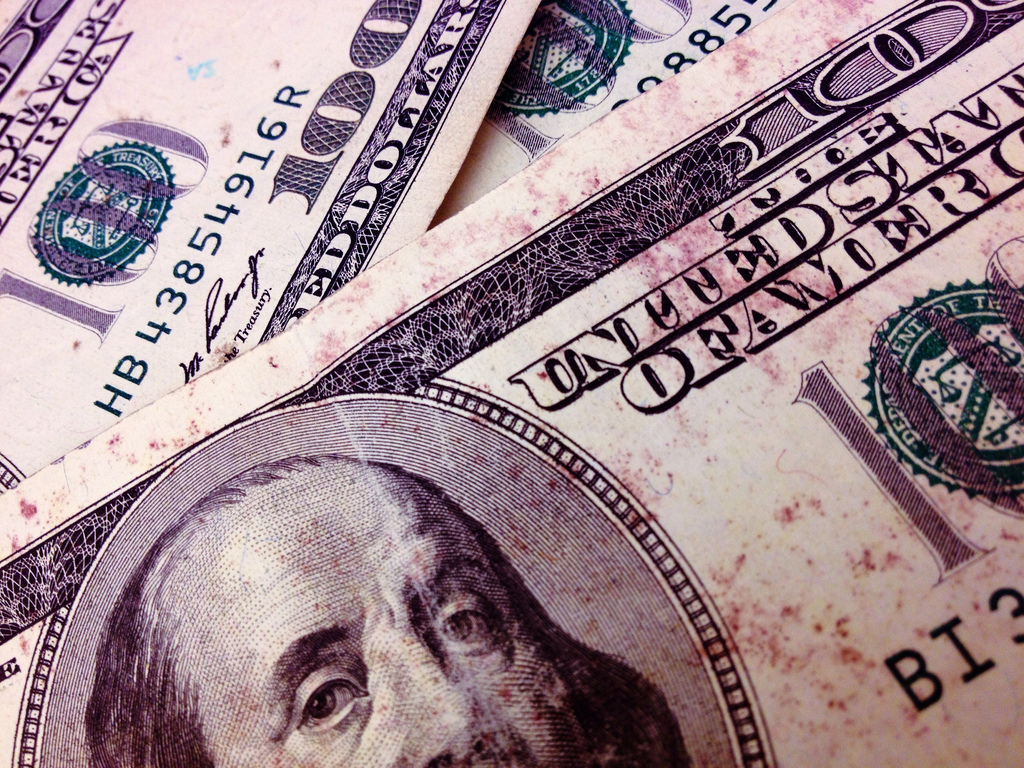 If you had a business selling something that made you well over a hundred billion dollars per year, would you take steps to eradicate the need for your business? Or would you make every effort for that money continue rolling in?

Take cancer, for example.  Don’t let all the media hype about “The Cure” fool you.  No one who is in a position to do so wants to end cancer because they are all making a killing on the big business of treatment, while ordinary people go broke, suffer horribly, and die.

There will never be a “cure” brought to market because there just isn’t enough profit in eradicating the disease entirely.  There will never be a governing body that protects consumers from being subjected to known carcinogens, because that too, will stop the cash from rolling in. A great deal of research is covered up and many potential cures are ignored and discredited because there is far more money in perpetuating illness than in curing it. In 2012, the reported spending on cancer treatment was 124.6 billion dollars.  Blood money.

Just the word “cancer” sends a frisson of fear down the spine of the most stalwart optimist.  Terrifyingly, almost one in two people will get the dreaded disease, and the numbers are only getting worse.  Here are some quick stats for background:

This is a fairly recent increase.  A hundred years ago, the number was far different.  At that time, 1 in 33 people was stricken with the disease. And despite billions of dollars being spent to find “the cure”, the World Health Organization predicts that deaths from cancer will DOUBLE by the year 2030.

It’s being normalized.  The news is full of photos of babies who are missing an eye, of beautiful bald children who have lost their hair to chemo, and of people who have had to have body parts removed in order to survive a few more years.  But cancer is NOT normal. It isn’t something that “just happens”.  Researchers know the things that cause cancer.  Government protection agencies do too, but they do nothing to limit these toxins in the marketplace.

Because, cancer is big business and those who are profiting have great financial interest in seeing the deadly trend continue to increase.

So what has changed?  How did we go from a  3% chance of contracting cancer to a 41% chance?

It’s the advent of Big Pharma, Big Agri and Big Business.  They are getting rich off of poisoning Americans through the manufacture of toxic elements that we are exposed to on a daily basis.

The statistics support that the cumulative build up of all these different toxins in the human body eventually results in cancer in many people.

First, the manufacturers and the “food” producers profit when we buy their poisoned goods.

Then the medical system and pharmaceutical companies profit when we become ill and must fight cancer.

The drugs alone can cost over $100,000 per year, and that is on top of exorbitant costs for radiation, chemotherapy, and physician’s bills. In the United States, cancer is the #1 most expensive “per person” illness to treat. (source)

Why would those who profit want to prevent cancer when 95.5 BILLION DOLLARS PER YEAR is spent on treating it? There is a vested interest in this increase in illness and the people benefitting from it have no intention of reducing the cases of cancer.

Don’t look to Obamacare to be the saving grace of cancer victims, either.  With this type of government controlled medicine, budgets will be strictly adhered to and the decisions on how to proceed and what will be paid for will NOT be in the hands of the ill person. Treatments, medications, and funds will be strictly allocated through what many people are referring to as “death panels.”

Furthermore, Obamacare only covers 60% of your medical costs in most cases (after a hefty deductible) and none of your medication is covered.  If you don’t have $50,000 or more kicking around for your co-pay, you will be out of luck, despite diligently paying your worthless monthly premiums.

Prevention: Your Only Defense

Avoiding carcinogens as diligently as possible is your best defense against becoming the “1 in 3″, but it isn’t easy. Furthermore, you’ll be considered an “extremist” or a “kook” by those around you who have buried their heads in the sand.

Basically, a spending day in the Western world is a like spending a day running a gauntlet of toxins and carcinogens. Big Pharma, Big Agri and Big Business are getting rich off of poisoning Americans.

There are steps you can take to limit your exposure but be prepared for many people to consider your actions extreme. Very few people are committed enough to their health and the health of their family to do the research required to identify the dangers around them and then go against the current to avoid those perils. (source)

Since most of us don’t live in a bubble, we will be subjected to some of these toxins – they’re impossible to avoid entirely.  However, you can limit your exposure by taking the following steps to reduce your exposure to everyday poisons.  (This list is expanded from the article, “The Great American Cancer Cluster” with permission from The Daily Sheeple.)

The mindboggling thing is that those who strictly avoiding carcinogens and toxins are labeled “crazy” or “hysterical”.  I can’t tell you how many times I have watched people roll their eyes or scoff when I refuse to partake in things that are hazardous.  Somehow, drinking water from my own BPA-free water bottle is considered to be “extreme”. Not taking my children to McDonald’s or feeding them hot-dogs and Doritos is “mean”. Making our body care products and cleaning products from wholesome, non-toxic ingredients is “silly”.

I believe that knowingly ingesting toxic ingredients is “crazy”.   I believe that rubbing carcinogens on my body or spraying them around my house is “ridiculous”.  I think that having poison injected into my defenseless children or feeding it to them on a colorful plate is “mean”.

Never forget that the bottom line is profit.  Don’t expect the FDA or the EPA to step in. They’ve proven time and again that their purpose is to serve the interests of Big Business, not the consumers.

Cancer represents big money to the pharmaceutical companies and the health industry. They do NOT have a vested interest in prevention.  So, maybe, just maybe, subjecting your body to the tender mercies of  Big Pharma and the AMA and lining their already loaded pockets is just a little bit sillier than taking steps to avoid illness altogether.

This article is dedicated to some beloved people in my life, one of whom fought it and won and the other who is fighting the good fight and will not go quietly… much love to SD and JS, and all who are touched by this icy finger.

WATCH: Ted Cruz Lays Out What REALLY Happened On Jan 6… In His Own Words
January 26th, 2021 Clash Daily

Biden Orders Release Of All Illegal Aliens In Custody – Upwards...

Why is Bill Gates buying up farmland across America?

Biden and Harris blatantly lied when they said before the election...