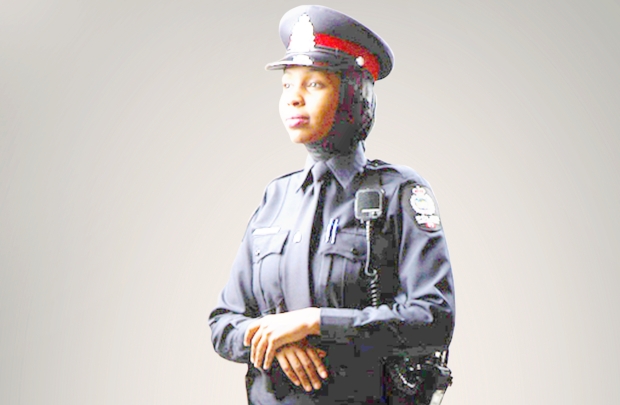 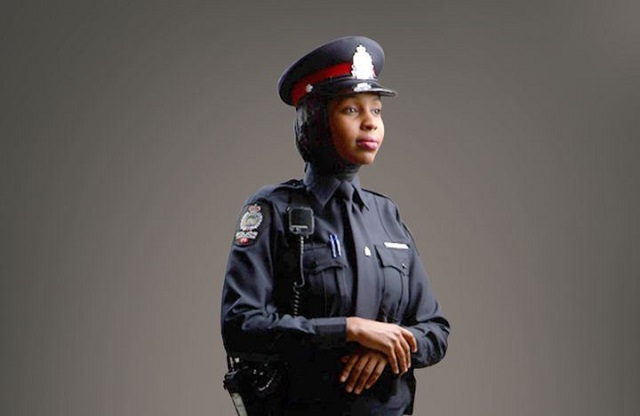 Edmonton caved to Sharia willingly. Islam is the fastest growing religion in Canada. Naturally, the citizens of Canada have bowed to Islamists, not making them embrace Canadian culture. Recently, the Edmonton Police Services have designed a new Islamic hijab uniform, that has already met with approval. While many in Canada have been torn on the issue of issuing an Islamic hijab style uniform, namely French-speaking Quebec, Edmonton has fully embraced sharia compliant police uniforms for Muslim women officers. No Muslims have applied for jobs on the police force, nor will they in the foreseeable future. This is preemptive sharia compliance before the Islamists in Edmonton demand sharia appropriate police uniforms.

Edmonton Islamic accommodation has come full circle. Now, Islamists do not have to threaten to get something done. People are falling all over themselves in the name of tolerance to see that Edmonton Muslims are accommodated. Of all the necessities for police work, an Islamic hijab is not one of them.

A hijab tailor worked with the police tactics training unit, as well as the police equity, diversity and human rights team, to design a head scarf that covers the head and neck of an officer without covering the face.

“After rigorous testing, it was determined that the head scarf did not pose any risk to the officer wearing it, or reduce officer effectiveness, nor interfere with police duties or public interactions,” reads a statement from Edmonton Police Services.

Naturally, Edmonton’s Islamic Community is happy the police department has made the changes to the uniform. They consider this a trust building effort. The uniforms were designed with the help of an Iman to make sure they were sharia compliant.

Sherif El Sayad is the Imam at Rashid Mosque in northeast Edmonton. He helped work with EPS to design the new hijab.

He said the hijab is a great step toward making Edmonton a more inclusive city.

“It will create more chances and opportunities for Muslim girls, for Muslim ladies to be part of the … police, maybe tomorrow the military, maybe afterward many other jobs.”

Never mind the fact that there are zero applicants requesting an Islamic hijab uniform. Why go so far to make Muslims happy, even when they are not applying for jobs on the Edmonton police force? It’s because they are taking over the city. The Islamic population is growing in number and influence. Those in Edmonton have done everything to ensure their takeover is an easy one. They’ve already done all the leg work.

The police service doesn’t currently have any members or applicants requesting the hijab, but Soraya Zaki Hafez, president of the Edmonton chapter of the Canadian Council of Muslim Women, believes some women may now consider being a police officer, where before they did not.

“This makes Muslim women part and parcel of that community,” Hafez said. “To be accepted, I think it’s a great feeling.”

Whatever satisfies jihad is the Edmonton way. They’ve proven in the past to ignore all aspects of Islam that are truly vile and horrific. It was all done by choice. This is all an effort to promote diversity for the least accommodating “religion” on the planet. The death cult of Islam does not do diversity. It seems that it is too late for Edmonton. The city just fell on it’s own multicultural sword.

In October of this year, Edmonton transit pulled Pamela Gellar and Robert Spencer’s American Freedom Defense Initiative  honor killing ads on buses because they were deemed “racist.” The ads simply depicted the horrors of honor killing, in an effort to raise awareness. Also, it was an outreach to help Muslim girls who might find themselves being targeted for honor killings. But Edmonton transit caved to Islamic demands and took them down.

The Edmonton Journal said, in regards to the ad pulling, “However, by targeting Muslim girls only, the campaign singles out and separates a group of people based on their faith, thereby stigmatizing and isolating them.”

No, this does not isolate them, it gives Islamists more power, more authority. Now the police department is going full sharia.

Hafez said some Muslim women wear a head scarf as a way to identify themselves as devout Muslims. It is mentioned in the Qur’an, Hafez said.

“It means that they are following their religion closely,” she said. “Islam is a religion of, we submit to God and they feel that God wants them to be this way, cover up.”

Will Christian police officers be carrying around their Bibles? No, that would offend Islamists. This isn’t just about adopting an Islamic hijab. This is about identification and making Quran worthy police uniforms so that Muslims can easily demonstrate to others that they are devout while on duty. Edmonton just created a sharia police department before it was forced upon them.