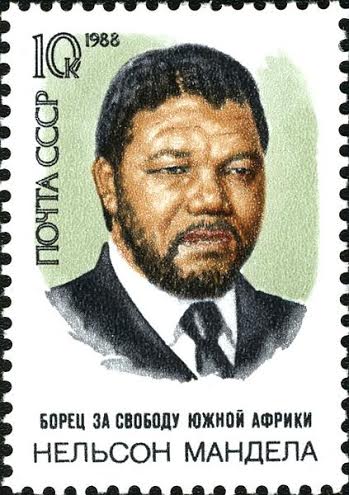 Here are a few things you most likely already know about Nelson Mandela:

Now for the things you probably didn’t know:

In 1962 he was arrested,convicted of conspiracy to overthrow the government, and sentenced to life imprisonment.  An international campaign lobbied for his release, which was granted in 1990.

Although initially committed to non-violent protest, he co-founded the militant Umkhonto we Sizwe (MK) in 1961 in association with the South African Communist Party, leading a sabotage campaign against the apartheid government.

And by sabotage, I don’t mean that his militant cohorts smashed windows, spray painted graffiti and cut telephone wires.

Like Bill Ayers they resorted to explosives. Bombs that didn’t simply target the police and government but also shopping malls and movie theaters.  Places where innocent civilians, black and white, children and the elderly were massacred.

Although presented globally as a heroic figure, he faced personal problems when ANC leaders informed him that Winnie had set herself up as head of a criminal gang, the “Mandela United Football Club”, who had been responsible for torturing and killing opponents – including children – in Soweto. Though some encouraged him to divorce her, he decided to remain loyal until she was found guilty by trial. 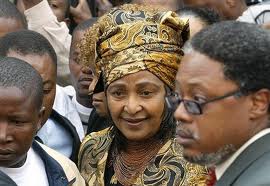 Winnie’s favorite method of killing people which she often bragged about publically was called “necklacing” the practice of brutal and cruel execution, carried out by forcing a rubber tire, filled with gasoline, around a victim’s chest and arms, and setting it on fire. The victim may take up to 20 minutes to die, suffering severe burns in the process.

One of the highest profile cases was that of a young girl, Maki Skhosana, who was necklaced in July 1985…Moloko said her sister was burned to death with a tire around her neck while attending the funeral of one of the youths.

Her body had been scorched by fire and some broken pieces of glass had been inserted into her vagina, Moloko told the committee.

Moloko added that a big rock had been thrown on her face after she had been killed.

Mandela died of a lung infection on December 5 2013  at his home in Houghton, Johannesburg surrounded by his family.

He was 95 years of age. His death was announced by President Jacob Zuma.

On December 6, Zuma announced a national mourning period of ten days, with the main event being an official memorial service to be held at the FNB Stadium in Johannesburg on December 10, 2013. Mandela’s body will lie in state from December 11-13 at the Union Buildings in Pretoria and a state funeral will be held on December 15 2013 in Qunu.

The POTUS and his entire family are scheduled to fly to Africa to attend the memorial service, possibly the funeral and has directed that American flags be lowered to half-staff through Monday in Mandela’s honor.

I don’t remember flags being ordered half staff for five days for the four men that were killed in Benghazi.

Mandela was denounced as a Marxist terrorist by some US conservatives such as President Reagan and Dick Cheney. The English prime minister, at the time, Margaret Thatcher branded Mandela and his ANC movement “terrorist,” amid concerns that they received backing from the former Soviet Union during the Cold War era and because of their guerrilla war for democracy.  Mandela remained on the terrorist watch list until 2008 (lifted by then president Bush)

“It is our duty to give support to the brother leader … especially in regards to the sanctions which are not hitting just him, they are hitting the ordinary masses of the people … our African brothers and sisters.”

Mandela quotes on the U.S. regarding the war with Iraq:

“If there is a country that has committed unspeakable atrocities in the world, it is the United States of America. They don’t care for human beings.”