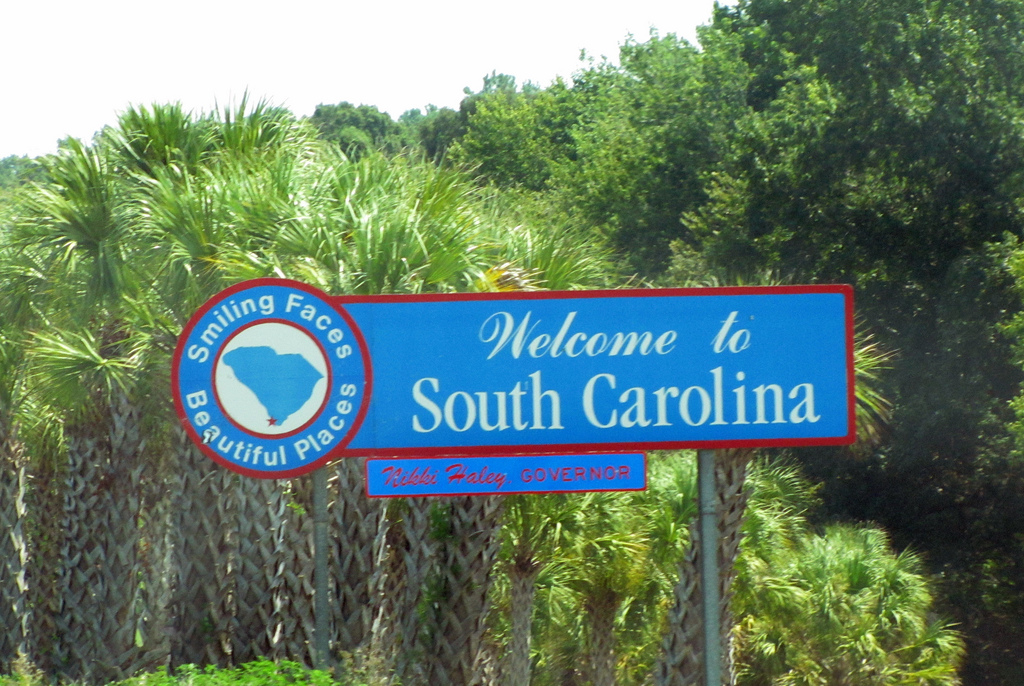 South Carolina has two official mottos on the state seal which were adopted in 1776 when South Carolina declared their Independence:

But the state has an unofficial and politically-incorrect slogan:

True to that fighting spirit, South Carolina has declared war on Obamacare.

Bruce Parker reports for The Daily Caller, Dec. 9, 2013, that a bill set for fast-track passage in the South Carolina Senate in January aims to eliminate Obamacare in the state. The law could become a model for other states fed up with the federal health-care law.

House Bill 3101, titled the “South Carolina Freedom of Health Care Protection Act,” passed the state House of Representatives last April by a 65-34 vote. The bill now heads to the GOP-controlled Senate with special-order priority, setting up the likelihood that South Carolina will become the first state to exempt citizens and businesses from all participation in the so-called Affordable Care Act.

H3101′s sponsor, State Sen. Tom Davis (R-Beaufort), says the proposed legislation renders Obamacare void or inoperable through five provisions that, in his judgment, “are legal, effective, and within the state’s power to do.”

The main provision of H3101 prohibits agencies, officers and employees of the state of South Carolina from implementing any provisions of the Affordable Care Act, leaving implementation of the national health-care law entirely in the hands of a federal government that lacks the resources or personnel to carry out the programs it mandates. Davis says this provision comes from the anti-commandeering doctrine established in case law that says feds can’t compel states to enforce federal laws: “What the Supreme Court said in Printz v. United States is that states are not merely political subdivisions of the federal government to carry out what the federal government does; they are sovereign entities. Congress can pass laws, but it cannot compel the states to utilize either their treasury or personnel to implement those federal laws.”

Additional provisions of H3101 further neuter the Affordable Care Act byoutlawing state exchanges, issuing tax deductions to individuals equal to the tax penalties levied by the federal government, and directing the state attorney general to sue over whimsical enforcement of the law. Taken together, the provisions effectively repeal the federal law for the people of South Carolina.

In addition, SC legislators are also considering two other provisions that would:

Given the sizable majority of Republicans in the South Carolina Senate — along with moderate Democrats who may support the bill out of fear of voter wrath —H3101 is likely to pass in short order and be signed into law by Republican Gov. Nikki Haley, who has led SC’s resistance against nationalized health care.

Nikki Haley, 41, was elected as SC’s governor in 2010. She is the state’s first female and Indian-American governor. Her husband is a federal technician in the state and Army National Guards.

With just a month to go before the senate vote, political forces on the left and right are gearing for battle:

State and local governments governed from both sides of the political spectrum are increasingly flexing their Tenth Amendment muscles against perceived federal overreach.

With the federal health law’s popularity plummeting nationwide, Obamacare supporters have reason to be concerned. If South Carolina’s Freedom of Health Care Protection Act becomes law, the bill could spread to other states.

Both Tom Davis and Nikki Haley are supported by the TEA Party.