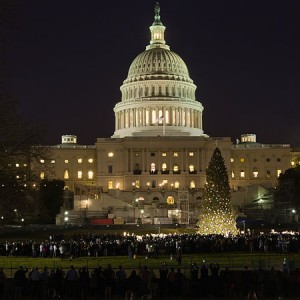 Thomas Jefferson once said that “the principle of spending money to be paid by posterity, under the name of funding, is but swindling futurity on a large scale.”  In other words, he believed that government debt was the equivalent of stealing money from future generations on a massive scale.  Right now, the U.S. government is stealing roughly $100,000,000 from future generations of Americans every single hour of every single day.  And it is being projected that the U.S. national debt will more than double during the 8 years of the Obama administration.  In other words, the federal government will pile more debt on to the backs of our children and our grandchildren during the Obama years than had been accumulated during all of the rest of U.S. history combined.  The federal government is literally destroying the future of America, and what we are doing to our children and our grandchildren is beyond criminal.  If there was one thing that the Republicans in Congress were supposed to do, it was to do something about all of this debt.  These days Republicans can’t seem to agree on much, but the one issue that virtually all “conservatives” were supposed to agree on was the national debt.  The American people gave the Republicans control of the House in 2010 and 2012 for a reason.  Unfortunately, nothing has been done.  Our debt has continued to spiral out of control and now John Boehner and Paul Ryan are pushing a “budget deal” that will essentially give the free-spending Democrats virtually everything that they want for the next 10 years.  That is why John Boehner and Paul Ryan should immediately resign.

This “budget deal” actually increases the deficit in the short-term.

And considering the fact that federal budget deficits will likely average well over a trillion dollars over that time span, that is a complete and total joke.

It is kind of like spitting into Niagara Falls and thinking that it will actually make a difference.

Even Paul Ryan is admitting that “this isn’t the greatest agreement of all time”, and in interviews he is complaining that the Democrats wouldn’t allow him to do more.

As if we are supposed to feel sorry for him.

Look – according to the U.S. Constitution the federal government cannot spend a single penny without the approval of the U.S. House of Representatives.

The Democrats cannot force the Republicans to do anything.

So if the national debt more than doubles during the Obama administration it is the fault of both the Democrats and the Republicans.

It is utterly shameful that the Republicans believe that it is just fine to steal more than 10 trillion dollars from future generations of Americans during the Obama years.

It is utterly shameful that the Republicans believe that it is just fine that the U.S. government has accumulated more than 200 trillion dollars of unfunded liabilities that will need to be paid in future years.

It is utterly shameful that the Republicans believe that it is just fine to keep running up a debt that is now more than 37 times larger than it was just 40 years ago.

But instead of doing something to fix this, House Speaker John Boehner is blasting those that are concerned about all of this debt…

House Speaker John Boehner, R-Ohio, who ceded control of the budget talks to Ryan, likewise pushed back on outside groups’ attempts to influence lawmakers. “They’re using our members, and they’re using the American people for their own goals,” Boehner said, “This is ridiculous. Listen, if you’re for more deficit reduction, you’re for this agreement.”

The Democrats don’t even have to attack fiscal conservatives anymore because the Republican leadership is taking care of that job for them.

And John Boehner has got to be joking when he uses the phrase “deficit reduction” in relation to this proposed budget deal.  In fact, even CNN is admitting that it essentially does nothing to help our long-term debt problems…

It doesn’t really move the needle much on the country’s long-term debt trajectory. That’s because Ryan and Murray opted for pragmatism, explicitly ruling out wrestling over entitlement and tax reform in this round of negotiations.

That means that we have added 1.16 trillion dollars to the national debt in a little more than 14 months.

This is a recipe for national suicide.

We were the wealthiest nation in the history of the planet, but that was never good enough for us.

We always had to spend even more.

Now we have accumulated the greatest mountain of debt the world has ever seen, and someday if our children and our grandchildren have the chance they will curse us for what we have done to them.

Anyone that has run up massive amounts of credit card debt knows that the ride up can be quite enjoyable.  At times, it can seem like the good times will go on forever and that there will never really be any consequences.

But in the end, a very painful day of reckoning always arrives.

The rest of the world is watching what is going on.  They can see us running up all this debt.  The can see the Federal Reserve wildly printing up money.

At some point the rest of the world is going to stop using our increasingly unstable currency to trade with one another and they are going to stop lending us trillions of dollars at super low interest rates.

When that time arrives, the consequences of decades of very foolish decisions will catch up to us very rapidly.

If only we had listened to our forefathers.

Thomas Jefferson once said that if he could add just one more amendment to the U.S. Constitution it would be a complete ban on all borrowing by the federal government…

I wish it were possible to obtain a single amendment to our Constitution. I would be willing to depend on that alone for the reduction of the administration of our government to the genuine principles of its Constitution; I mean an additional article, taking from the federal government the power of borrowing.

How much better off would we be today if we had only listened to him? 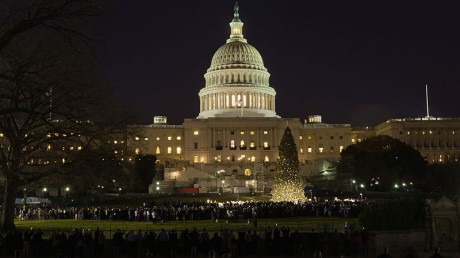