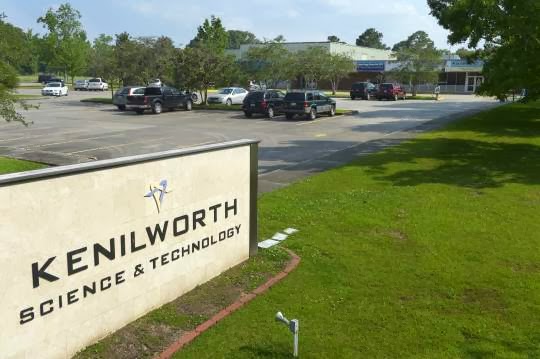 Will 60 Minutes’ Leslie Stahl do an update on her propaganda piece on global jihadist Fethullah Gulen and the Islamic Gulen schools?

In this news report, Gulenists are kneeling in Islamic prayer as FBI confiscates documents and hard drives. The reporter mentions school board member Johnson’s trips to Turkey and other fraud. Your tax payer dollars at work for trips to Turkey. Our money is suppose to be used to educate children, not to support the lobbying of Gulen and/or wired to Turkey.

Fethullah Gulen urges Muslims to build schools to indoctrinate an entire generation using US taxpayer dollars. More here on the “Imam’s Army.” More on Gulen here.  Gulen left Turkey in March 1998 citing health reasons (like many, many millions of people, Gulen has diabetes). At the time he was being investigated for plotting to overthrow the secular republic to replace it with an Islamic state (he had been imprisoned for six months in 1971 under a similar charge). In the spring of 1998, a video was aired on Turkish TV in which Gulen appeared to state the following:

“You must move in the arteries of the system, without anyone noticing your existence, until you reach all the power centers… You must wait until such time as you have gotten all the state power, until you have brought to your side all the power of the constitutional institutions in Turkey… Until that time, any step taken would be too early – like breaking an egg without waiting the full 40 days for it to hatch. It would be like killing the chick inside. The work to be done is [in] confronting the world. Now, I have expressed my feelings and thoughts to you all – in confidence… trusting your loyalty and sensitivity to secrecy. I know that when you leave here – [just] as you discard your empty juice boxes, you must discard the thoughts and feelings expressed here.”

“…believers should also equip themselves with the most sophisticated weaponry. Force has an important place in obtaining the desired result, so believers cannot be indifferent to it. Rather they must be much more advanced in science and technology than unbelievers so that they should not allow unbelievers to use ‘force’ for their selfish benefit. According to Islam, ‘right is might’; so, in order to prevent might from being right in the hands of unbelievers and oppressors, believers must be mightier than others.”

“An Islamic state…should be able to secure peace and justice in the world and no power should have the courage to make corruption in any part of the earth. This will be possible when Muslims equip themselves with a strong belief and righteousness in all their affairs, and also with scientific knowledge and the most sophisticated technology.”

FBI raid another scandal for charter school company WBRZ, December 12, 2013 (thanks to Salesa)

BATON ROUGE- Wednesday evening’s FBI raid on a charter school in East Baton Rouge is the latest item in a list of scandals involving the organization that holds the charter for the Kenilworth Science and Technology School.

Pelican Educational Foundation runs the school and has ties to a family from Turkey. The organization lost its school in New Orleans amid allegations of sexual misconduct among students that prompted a state investigation on campuses in the Crescent City and in Baton Rouge. It has also faced lawsuits and allegations from teachers about bad learning environments.

“It was an atmosphere where there was a double standard,” one former teacher told WBRZ News 2 in an investigation into the school in EBR. Former teachers were not happy with how things were handled when they spoke with a station reporter two years ago.

No one was ever charged in the sex allegations a school spokesperson pointed out Wednesday as federal investigators moved through the campus collecting items, putting them in boxes and then loading them into a van.

“We will continue to cooperate” with the FBI, Mike Lambert, the spokesman said. But, he would not comment further.

“We’re simply not in a position to say anything else right now,” he added.

The school receives about $5,000,000 in local, state, and federal tax money. In 2012, the Pelican group was accused of improperly handling money by the Legislative Auditor. A report found about $8600 was improperly used to buy gifts for students who scored high on LEAP tests.

But, Lambert believes the school is doing its job. He said student performance has increased to a C and that more than half of the students at Kenilworth are at or above grade level. The Board of Elementary and Secondary Education approved Pelican and Kenilworth to continue to operate for about six more years.

About the same time as allegations and lawsuits began dealing with Pelican charter schools, a BESE member took an improper trip on behalf of another Turkish organization. Linda Johnson, who is no longer on BESE, was fined for breaking the law by the ethics board. She got an all expenses paid trip to Turkey.