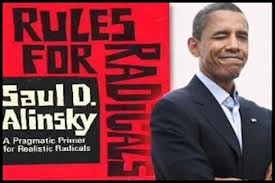 We are in very perilous times in this country.  Without fully considering the consequences, we have blindly wandered down the road to destruction and we have no one to blame but ourselves. We have allowed God  to be thrown out of our public schools, denied a prayerful place at almost all public meetings, denied acknowledgement in the workplace, ridiculed in movies and various forms of art,  removed from military oaths and the President has claimed we are no longer a Christian nation.  How right is he?

The  ‘movement’ to take over America started well before President Obama’s time, lost some ground then emerged even stronger to continue its objective of conquering America from within at any cost.  At any cost, that is, to the citizens.  The current occupant of the White House is not the initiator but rather the ‘weapon of choice’ for a nation so guided by various guilts (real or imagined), that it was ripe for a leader who promised “hope and change”.  Result – no hope but lots of change. What we have now is a constant state of chaos, divisiveness, out of control youth, incivility, rising crime, class warfare and a dramatic resurgence of racial tensions.

Relatively few facts are known about this President’s personal, growing up past except what is contained in two books he has published on his life and one can only wonder how much of that is fact and how much is good storytelling.   With the help of his ‘benefactor(s)’, the MSM and others behind the scenes it will likely be a long time before we learn the whole truth about him, if ever, but the true character of the man is finally coming to light and it’s not a pretty picture.

With the advent of Obamacare (Affordable Care Act), many are learning what some of us already knew – the President lies.   It doesn’t matter what the subject is, he lies and  his supporters swear to it.   Let’s concentrate on what we know and what we have observed about the President.  First, read carefully  his statement to President Medvedev during his reelection campaign, because it was quite telling  (Transcript from ABC News):

President Obama: “On all these issues, but particularly missile defense, this, this can be solved but it’s important for him to give me space.”  (speaking of Putin)

President Medvedev: “Yeah, I understand. I understand your message about space. Space for you…”

President Obama: “This is my last election. After my election I have more flexibility.”

Does anyone really believe missile defense was the only thing he was talking about having more flexibility on?

We know he was a community organizer; that he had a law license at one time but surrendered it;  that he is well versed in constitutional law; he  not only taught Alinsky’s Rules for Radicals but applied it as a community organizer and beyond.  We know (or should know) he has surrounded himself at all times with liberal thinking progressives who can also be identified as socialists, Marxists and communists.  We can pretty much discount that he is a Christian based on his lack of biblical values such as traditional marriage, disregard for the unborn and an unabashed mocking of biblical passages (google: obama mocking the bible).  He is divisive.

Obama is not a novice, incompetent, naïve, or ‘in over his head’.   He knows exactly what he is doing, is doing it quite well and is accomplishing his objective in an astonishingly short period of time.  That is why he HAD to be re-elected in 2012.  Think it was a fair election?

Ok, I could go on forever but let’s get to how President Obama has succeeded in reaching his objectives throughout his career and that would be by becoming the personification of  Saul Alinsky’s Rules for Radicals.  When you know how Saul Alinsky thought, then you will know who the man in our White House is.  In the dedication to his book, Alinsky wrote:
“Lest we forget at least an over-the-shoulder acknowledgment to the very first radical: from all our legends, mythology, and history…the first radical known to man who rebelled against the establishment and did it so effectively that he at least won his own kingdom—Lucifer.”

From here, I am just going to quote a few passages from Alinsky so you get the general idea of who and what we are dealing with.

“A Marxist begins with his prime truth that all evils are caused by the exploitation of the proletariat by the capitalists.  From this he logically proceeds to the revolution to end capitalism, then into the third state of reorganization into a new social order of the dictatorship of the proletariat, and finally the last state — the political paradise of communism.”

“An organizer must stir up dissatisfaction and discontent…He must create a mechanism that can drain off the underlying guilt for having accepted the previous situation for so long a time.  Out of the mechanism, a new community organization arises…The job then is getting the people to move, to act, to participate, in short, to develop and harness the necessary power to effectively conflict with the prevailing patterns and change them.  When those prominent in the status quo turn and label you an ‘agitator’ they are completely correct, for that is, in one word, your function–to agitate to the point of conflict.”

This only scratches the surface – there is so much more.  For now, you have some at least some idea of who the man in our White House is.

One final note:  Obama doesn’t care what his “approval” rating is; he probably doesn’t care how low it goes because, after all, he IS the President, he doesn’t have to run again and everything is in place for him to do whatever he wants!

Grace B. is the Editor of American Patriot.