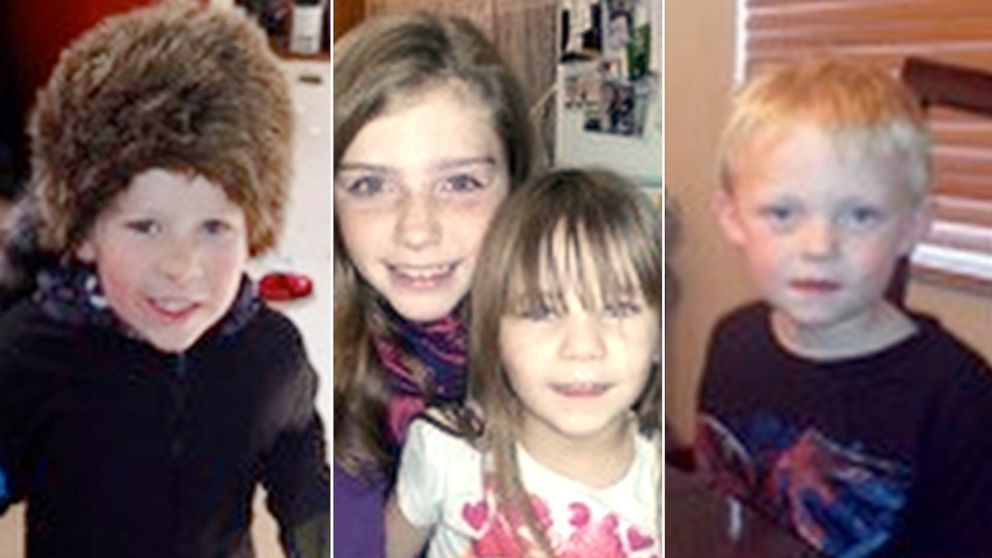 How prepared are you to survive a few days in the frozen wilderness with only the supplies you have in your vehicle?

A family of 6 discovered that they have what it takes when their Jeep flipped over in the middle of the Seven Troughs mountain range in north-central Nevada last week.

James Glanton, a mine worker and hunter, showed true resourcefulness, and as one rescuer stated, “did one heck of job keeping those kids safe.” He immediately took charge of the situation and used his survival mentality to prevent his family from becoming victims. He adapted to the situation at hand by using what was available, and because of his decisive actions, succeeded in surviving in an event during which many would have perished.

All of the rescue workers were volunteers, who searched relentlessly for days for the family, with no state emergency funds forthcoming.  Some volunteers covered more than 700 miles looking for the missing family.

This real-life story is a perfect example of how disaster can strike when you least expect it.  As preppers and survivalists, what can we learn from James Glanton?  There were several items that I felt it necessary to add to my own vehicle kit after reading this story.

During any winter survival scenario, your priorities are:

Glanton said that immediately after the accident occurred, his first concern was to keep the family from freezing to death in the negative temperatures. He told reporters that he ”knew that they had to stay warm, and the first thing he did was build a fire and he was able to keep that fire going the entire time while they were out.”

Glanton then put large stones into the fire and heated them up.  He brought them into the vehicle and allowed the radiant heat to keep the family warm. (You can learn more about this technique HERE.)

Fortunately they had a supply of food and water in the vehicle because they had intended on spending a full day playing in the snow.

Rescuers agreed that in this particular situation, the family’s survival hinged upon their decision to hunker down in the vehicle instead of setting off on foot to search for help.   With small children in tow, a storm brewing, and the remoteness of their location, a trek would have very likely been ill-fated.  They were 25 miles from the nearest town, so walking for help was really out of the question.

They were fortunate on several counts:

The take-away from this? Always make sure someone knows where to look for you. Also, invest in some signalling devices to help searchers locate you. (This is something that Glanton did not have.)  Consider adding flares to your survival kit, or make something large out of found objects to place on top of the snow to catch the attention of planes searching the area.

The family was located when a sharp-eyed searcher saw their Jeep upside down in the snow.

The right supplies are vital

Without the supplies that the family had on hand, their chances of survival would have diminished greatly.

The ingenuity of how they survived

Making the best of a terrifying situation, James Glanton used resourcefulness and ingenuity to keep his family safe and warm. Because the accident took place in a canyon housing an old mining site and they were able to use some items from the site to help them survive.

The small canyon houses ghosts of an old mining camp with bedspring wiring, a rusty stove, pipes and what appeared to be steel roofing. A bent piece of steel was used to reflect heat for the fire where the vehicle flipped, said Charles Sparke, Pershing County emergency management director.

Officials say the family was prepared for a day in the snow. Glanton even brought a magnesium fire starter, which can turn wet twigs into ready-to-light kindling, Sparke said Wednesday.

He also had a hacksaw, which he used to cut kindling, and a spare tire to burn.

The Jeep was removed from the scene Wednesday. Inside the vehicle remained an old lighter and burned doors. Officials said Glanton burned rocks and put them inside the Jeep to keep the family warm. (source)

If such an accident occurred, how would you and your family survive?  Do you have all of the necessary supplies to hunker down for a few days in frigid temperatures?

Here are the minimum supplies you should have in your vehicle at all times:

Fully loaded backpacks with the basics of survival should always be handy in the even that you do have to hike away from the scene of an accident.  Additionally, have cash in small denominations for other types of emergencies.

You should always have some non-perishable foods in the vehicle, and water filtration equipment as well as water, in the event that your emergency lasts for an extended period of time.

This should always remain in the vehicle:

Your kit should contain all of the basic items:

A variety of tools should be on hand in the vehicle:

Always keep spare clothing and footwear in the vehicle. Particularly in cold temperatures, dampness is the enemy. If your clothing or socks get wet, this greatly increases the risk of succumbing to exposure.

If you were in the same situation as the family who survived in the Nevada wilderness, how would you fare?  What items do you keep in your vehicle that would help you to survive?