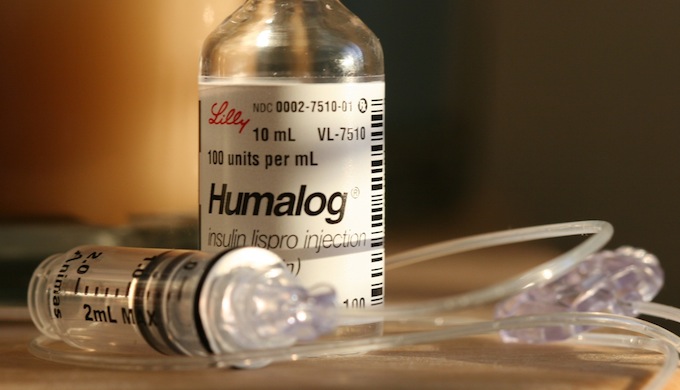 A 37-year-old diabetic woman died in a Texas jail after she was denied insulin.

Sarah Tibbetts was no stranger to the jail administration – she’d been arrested for misdemeanor trespassing and drug charges in the past. The jail staff knew she was an insulin-dependent diabetic.

This time, Sarah and her boyfriend were arrested at a hotel in Irving. The license plate of the car they were in came back as belonging to a missing person. The arrest warrant affidavit says that officers searched Sarah’s belongings and found clear baggies, marijuana residue in her purse, and a Wells Fargo Visa debit card in Sarah’s purse with someone else’s name on it.

Fox DFW reported that Rebecca Tibbetts, Sarah’s mother, received a call from an officer asking her to bring insulin to the jail the day after her daughter was arrested. Rebecca lives in California and said she wouldn’t be able to bring the insulin:

“I said, ‘I live in California; she’s in Texas. There’s no way I can bring up insulin.’ Asked me if I knew of anybody who could get it up there. I said, ‘No, I don’t,’ but I told them at that time she was an insulin-dependent diabetic and she needed her insulin or she would die without it.”

Rebecca said it wasn’t the first time the jail has called her for insulin for her daughter:

“She’s been in there in the past. I have received that phone call in the past from them before too…[those times,] I believe they either sent her to the hospital or sent her to Dallas. It was one of the two, but they did send her to where she could get treatment.”

Sarah collapsed and died the next day. Jack Pritchett, her boyfriend of six years, was in the cell next to Sarah’s and watched his girlfriend die. He heard her calling out to him and knew something was wrong, so he yelled for help:

“I screamed at her for five, maybe 10 minutes. Screamed bloody murder until they finally got up. They all started rushing over there.”

Pritchett said a guard pulled her into the hall and pumped her chest, briefly reviving her:

“It was like a movie. She looked right at me and closed her eyes.”

He banged on his cell door as paramedics took Tibbetts to an ambulance:

“I said, ‘Let me out and help her!’ Because I brought her back a few times over the years, you know. But then she couldn’t hear my voice no more.”

Pritchett’s story coincides with the few details police have provided. The jail staff attempted CPR before Sarah was rushed to a hospital. She was pronounced dead about half an hour later. Surveillance footage has not been released.

Rebecca Tibbetts got another call from the jail and was told her daughter was dead.

She asked the officer on the phone if Sarah ever got her medicine:

A jail employee, speaking on the condition of anonymity, confirmed that staff knew Tibbetts needed insulin before her death. A police spokesman would not discuss the incident while the city investigates and the district attorney considers possible criminal charges — standard after an in-custody death.

Pritchett said his girlfriend was a beautiful woman who loved baking cakes, solving crosswords and deserved better than she got.

“She was never evil of any sorts. It was straight up murder through negligence.”